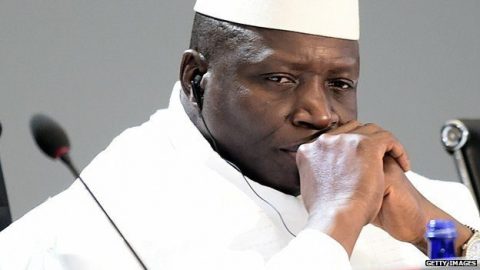 But after initially conceding defeat, Jammeh changed his mind a week later and said his party would challenge the results in court.
In a statement sent to Reuters, Bojang said such efforts were “an attempt to subvert the express will of the Gambian electorate” and he urged others to join him.

“The Gambia has decided and we must accept and respect this decision,” he said, quoting a popular poster slogan which has been effaced by soldiers in the capital Banjul in recent weeks. Bojang confirmed the authenticity of the statement to Reuters via telephone from neighboring Senegal.

The minister made headlines in October by announcing that Gambia intended to leave the International Criminal Court, calling it the “International Caucasian Court”.

Jammeh’s opponents hope Bojang’s departure might signal further departures from among allies within the country who retain control of the army and other state institutions.
Foreign Minister Neneh Macdouall Gaye resigned in December, though her decision attracted little publicity.