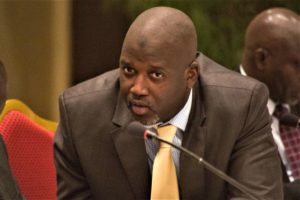 (AFRICAN EXAMINER) – Gambia’s renowned justice minister, Abubacarr Tambadou, who established a probe to investigate abuses under the country’s ex-dictator and spearheaded the international defence of Myanmar’s Rohingya, has resigned, the government said Thursday.

The West African state said that Tambadou will step down as minister and attorney general effective from June 30, for an unspecified job at the United Nations.

Appointed justice minister in 2017, Tambadou was instrumental in setting up The Gambia’s Truth, Reconciliation and Reparations Commission, designed to investigate abuses committed under the country’s former dictator, Yahya Jammeh.

We didn’t always agree with Tambadou, but he always listened to human rights advocates and especially to Yahya Jammeh’s victims.

Jammeh ruled the former British colony with an iron fist for 22 years, but fled the country in January 2017 after losing a presidential election to relative unknown Adama Barrow.

In January of this year, amid calls from Jammeh’s supporters for his return, Tambadou said that the ex-dictator would be arrested and held to account if he returned from exile.

The lawyer-turned-politician also won international renown in 2019 for filing a case at the International Court of Justice accusing Myanmar of genocide in its campaign against the Rohingya minority.

The Gambia is a poor Muslim-majority country of some two million people — and the smallest on mainland Africa, narrowly straddling the river that gives it its name.