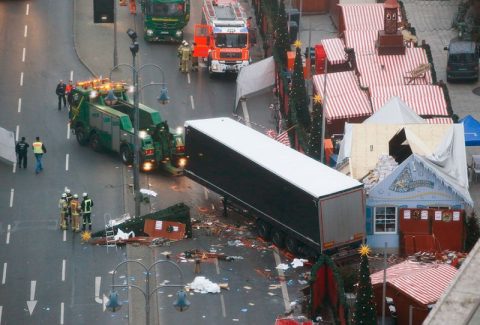 The suspect, said to be 23-years-old, was reportedly known to police for minor crimes, but had no links to militant organisations.

He arrived in Germany on 31 December last year and his asylum application was still in progress.

The prosecutors said they did not have sufficient evidence to pursue the case against the man, who has been identified by media as Pakistani national Naved B.

The suspect was captured in a park after reportedly fleeing the scene. He had earlier denied involvement in the attack.

The attack at the Breitscheidplatz market left 12 people dead and 49 hurt.

Before the suspect was released late Tuesday, German officials said they were not sure whether he was involved in the attack.

“We have to entertain the theory that the detainee might possibly not have been the perpetrator,” a Federal prosecutor Peter Frank told journalists, adding that the style of the attack suggested terrorist attack.