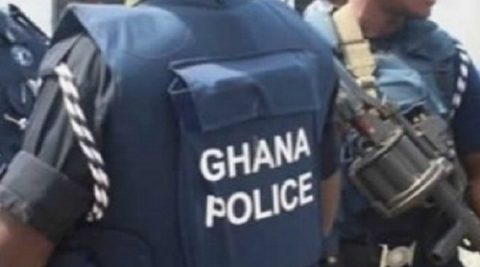 (AFRICAN EXAMINER) – The Ghana police on Thursday arrested 26 supporters of the opposition National Democratic Congress (NDC) who were protesting near the offices of the Electoral Commission (EC) in Accra against results of the 7 December, 2020, general elections.

The police dispersed the protesters “using a non-lethal riot control management approach and arrested 26 protestors in the process”, the police said in a statement.

Deputy Superintendent of Police DSP), Afia Tenge, said in a press release that all the suspects were “being taken through due process and provisionally cautioned on offences of unlawful assembly, holding of special event without notification and obstruction”.

She said those found culpable would be arraigned at the court.

The NDC has refused to accept defeat in the 7 December general elections, won by the ruling New Patriotic Party (NPP), but which they consider to be skewed in favour of the incumbent president Nana Addo Dankwa Akufo-Addo.

The EC said President Akufo-Addo won with 51.59 per cent of the votes while former President John Mahama of the NDC had 47.36 per cent votes. There were 12 candidates.

In the closely contested election, the final parliamentary seat in the 275-seat parliament was declared for the NDC on Thursday, giving NDC and NPP 137 seats each.