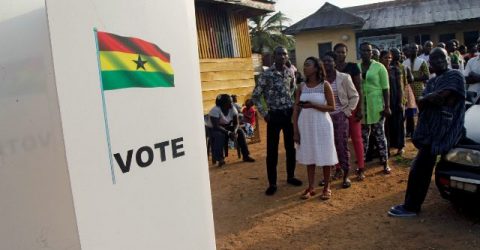 (AFRICAN EXAMINER) – Ghana is set to elect a parliament and president in a race dubbed the battle of two giants.

It is the third time Akufo-Addo and Mahama will compete against each other for the highest office, with each previously having won one poll: Akufo-Addo in 2016 and Mahama in 2012.

Although 12 candidates are vying for the presidency, including two women, only Akufo-Addo and Mahama are said to have a chance of coming out victorious.

A candidate needs to gain at least 50 per cent of votes to be elected in the first round.

Ghana’s roughly 17 million registered voters are also due to elect 275 legislators from 914 candidates on Dec. 7.

Akufo-Addo’s NPP is expected to once again win the majority of seats in parliament.

The electoral commission is expected to announce results within 72 hours at the end of voting.