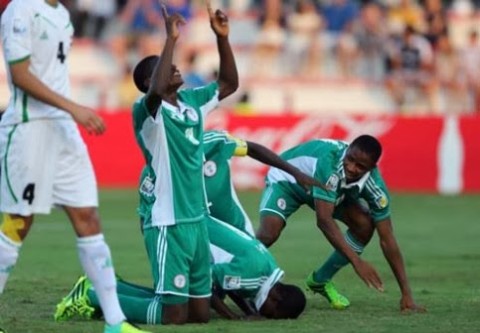 Nigeria’s Golden Eaglets survived Uruguay, their sternest opponent so far in the ongoing u-17 world cup in United Arab Emirates to qualify for the semi final. 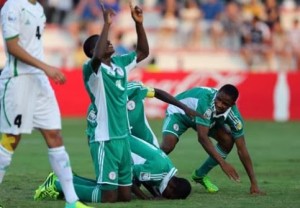 The first goal of the match came through the tireless hardwork of Taiwo Awoniyi in the 18 minutes of the game.

Uruaguay came into the second half  very strong but their efforts didn’t payoff, instead it was Taiwo Awoniyi again who sealed it for Nigeria after connecting a superb pass from Nigeria’s playmaker and wonder boy Kelechi Iheanacho.

The three-time champions, Nigeria is now through to the semi-final to meet Sweden in a rematch of the sensational group F game  in which both team played 3-3 draw. Golden Eaglets had to come behind three times to draw the game.

Three teams from Group F, Nigeria, Sweden and Mexico made it to the last  four.