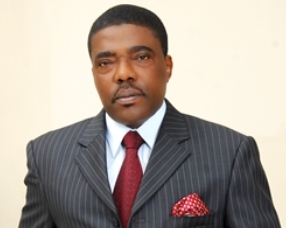 GOS declared his ambition at the official declaration ceremony attended by a crowd of his supporters at Ikorodu Town Hall in Ikorodu, Lagos, Nigeria.

The declaration coincided with the inauguration of his campaign office in the town where members and supporters of the All Progressive Congress (APC) gathered in their thousands to express their unflinching support for the senator in his “unwavering commitment and drive to take Lagos to the next level.

Solomon stated that he offered to serve the people of Lagos due to the status of the state as the economic capital of nation, saying it needs “constant improvement and regeneration of infrastructural facilities and the people deserve the best possible.”

GOS said his party had changed the face of Lagos and improved the quality of lives of the people since the inception of the new democratic dispensation in 1999.

“I will assemble a formidable team that will not only adequately maintain existing infrastructure, but provide new ones. Lagosians will enjoy more road and sea infrastructure, hospitals, schools and renewal of the environment; I promise to reduce poverty, create new jobs and youth development programmes. I promise support for the organized private sector; I promise to accord the traditional institution, the elderly and vulnerable citizens of our state due recognition and support.

“I intend to run a transparent and corruption-free government that will give all stakeholders: civil servants, public servants and residents of Lagos their dues and make everyone happy,” he said.

On the primaries, Solomon assured the people of the state that “it is heart warming that our party has adopted the modified open primaries to select candidates for elective offices at all levels. This is a paradigm shift that will guarantee the choice of candidates favoured by the majority of our party members.”