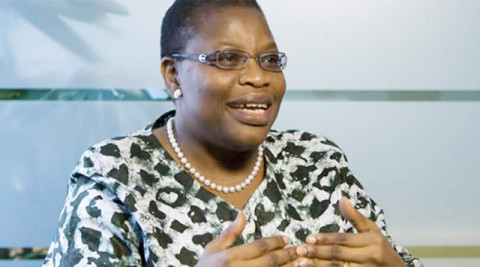 Ezekwesili who shared on her official Twitter handle said Buhari’s “ethnic chauvinism and condemnable clannishness” have “deepened the gullies of disagreement and disaffection among people, ethnicities, regions, religions and classes.”

She also slammed the National Assembly which she described as “absolute lackeys and genuflecting sycophants of Buhari” while advising citizens to take responsibility in steadying the tottering country.

Ezekwesili said, “They would have you believe we speak about bad the governance record of Buhari because one is “bitter towards him” and “hate him so much”.

“No, I neither hate nor  bitter towards the person of the President. But I totally detest everything of his leadership style. I do.

“The congenital ethnic chauvinism and condemnable clannishness of Buhari as President of a multiethnic country like Nigeria have deepened the gullies of disagreement and disaffection among people, ethnicities, regions, religions and classes.

“It is a detestable leadership. Sad.

“The country Nigeria is most dangerously sitting on a tinderbox at this time because President Buhari lacks the minutest modicum of “The-Leader -as-Unifier” in his leadership style.

“We all should condemn his proclivity for fanning the embers of ethnic conflicts. It is bad.

“What is going on in the country under the watch of a President who blatantly and irresponsibly uses the office of the Presidency to take sides in matters of Security and Lives of his citizens is abominable.

“Buhari is Nigeria’s highest risk at this time. This must change.

“I have little faith in the leadership of the National Assembly to call the President to order. They have proven themselves to be absolute lackeys and genuflecting sycophants of Buhari.

“Citizens better get ready to take up responsibility for steadying our tottering country.”