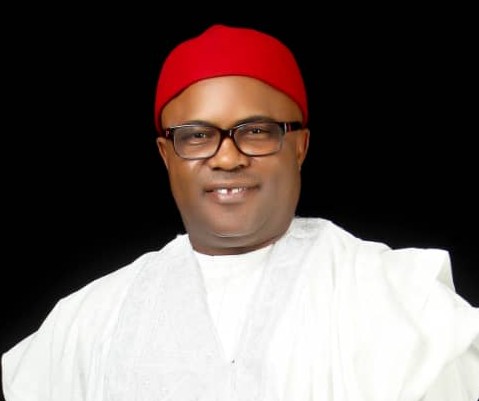 (AFRICAN EXAMINER) – Prince  Lawrence Eze of the All Progressives Congress, APC, has declared that he remains the candidate of the party for the Enugu East Senatorial district  in the Feb. 23rd National Assembly NASS election, despite a federal High court judgment which sacked him on Tuesday.

The Engineer turned politician stated this in Enugu while reacting to the court verdict .

Prince Eze, who spoke to newsmen in Enugu through the Director General of his campaign organisation, Mr Ikemba Nwagu, told his teeming supporters that there was no cause of alarm.

Our Correspondent  recalls that a Federal High Court sitting in Enugu presided over by Justice Buba Mohammed had on Tuesday sacked Eze as the candidate of the APC  for the senatorial zone which he is contesting with former governor of Enugu state, Dr. Chimaroke Nnamani, of the Peoples Democratic party PDP.

The court directed the Independent National Electoral Commission (INEC) to recognise Mrs Ada Ogbu-Aguocha as the duly elected candidate of the party for the general polls.

Meanwhile,  Eze insisted  that in spite of the pronouncement of the court, he remained the APC flag bearer as he had filed a stay of execution of the judgement.

He, however, urged his supporters not to be discouraged by the judgement of the court, stressing  that steps had been taken to ameliorate the development, expressing confidence that the appeal court would upturn the judgement of the lower court which he described as a `miscarriage of Justice.”

According to him, “We have already instructed our lawyers to file a stay of execution order and a notice of appeal, which is underway.

“We appeal to our supporters to remain calm and resolute and come out en mass to vote on Saturday, adding that it was sad that media organisations had begun to be compelled to stop airing his campaign jingles.

He said: “This judgment is an orchestrated plan to distract us and a ploy to deceive our supporters in this last minute of campaign.

“The truth is that Eze is still very much in the race and remains the APC candidate for Enugu East Senatorial Zone.

“Since this is a pre-election issue, we are filing for an appeal and are going to ensure that this anomaly is corrected.

“We urge our supporters, well wishers voters and lovers of Ezeh to remain focused, resolute and ensure that they come out en masse on Saturday to vote for us,” he said.

The Prince of Mburumbu, as he is fondly called said that he was still very much in the race and would not be distracted by the court pronouncement.

“This is just a distraction aimed at bringing down our morale and that of our supporters but this will not work at all.

“A dampened spirit is not an option; a depressed mind is also not an option. Do not let anyone deceive you into believing that Ezeh is no more in the race” he stated.

He therefore,  enjoined his supporters in the five local government areas that makes up Enugu east senatorial district to “Stay resolute and be more than ever determined to vote in the game changer on Saturday,”

African Examiner also reports that this is the second time the court was sacking APC candidate in the forthcoming general elections in Enugu state.

The first was the party’s governorship candidate, Senator Ayogu Eze, who was recently sacked by an Abuja federal High court.