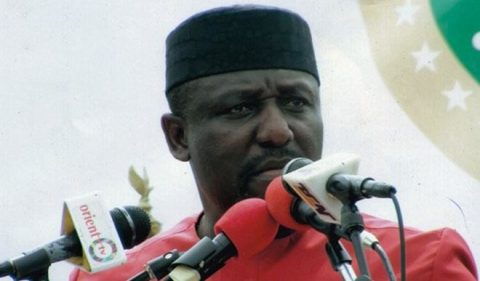 (AFRICAN EXAMINER) – There are strong indications that the new Imo state governor, Emeka Ihedioha of the People’s Democratic Party (PDP), may likely probe activities of the immediate past governor of the state, Owelle Rochas Okorocha in the last eight years.

A chieftain of the PDP in the state, who spoke to African Examiner weekend, under condition of anonymity said “there is no way the former governor, Okorocha, will get away with all the financial atrocities he committed in the state for eight years.

“There is no doubt about whether ihedioha will look into the financial records of our dear state, under Okorocha’s watch for eight years. This is necessary because the former governor was reckless with our treasury.

However, less than 48 hours after his inauguration, Ihedioha, has begun demolition of monuments erected by Okorocha’s administration in parts Owerri, the Imo state capital.

The demolition commenced Thursday with the Akachi tower, a monument built by Okorocha and commissioned by Nigeria’s Vice President, Professor Yemi Osinbajo on May 17, 2019.

Our Correspondent reports that the tower which had the symbol of a hand on its zenith was erected on a dumpsite which was reclaimed by the Okorocha government.

The monument, which is sited on the Owerri – Aba road, had been a major attraction for visitors coming into the state from the Aba axis.

Heavily armed security operatives provided cover for the government agents involved in the demolition as caterpillars were seen bringing down the structures.

African Examiner gathered that Ihedioha has vowed to bring down all the monumental structured erected by Okorocha in parts of the state.