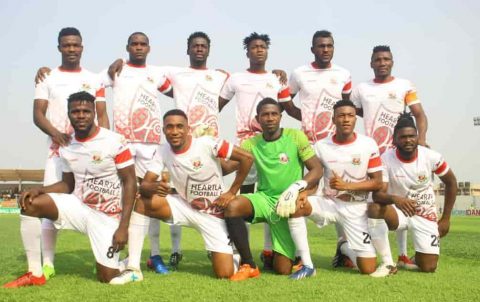 Letter to that effect, which was made available to Sports writers in Owerri, the state capital weekend, was delivered through the State Ministry of Youth and Sports.

The board, it was further gathered was dissolved following the management led by Godson Onyemobi, failure  to carry out the directives of the state government.

According to the sack letter, the management have been ordered to return all club properties within 48 hours (from Thursday, 23 July).

Heartland has been in the news for the wrong reasons in the past few months after they were found guilty of terminating the contract of some of their former players unlawfully.

As a result, the Nigerian Professional Football League NPFL club was banned from signing new players for the next two registration periods and ordered to pay over N16 million to the players by the League Management Company (LMC) in February, a development the state government frowned at.