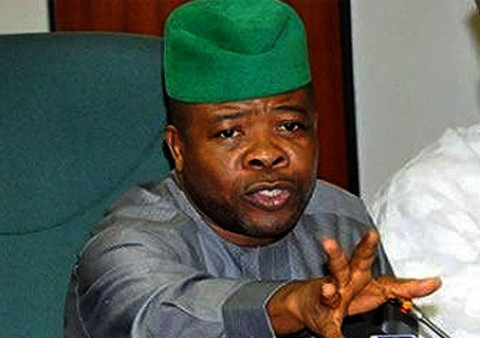 (AFRICAN EXAMINER) – The Supreme Court Monday, adjourned till Tuesday the hearing of the application filed by the sacked Imo State Governor, Emeka Ihedioha seeking the review of its judgment last month.

The ruling by Justice Kudirat Kekere-Ekun-led five-man panel upturned Ihedioha’s victory and declared Senator Hope Uzodinma as the winner of the March 9, 2019 poll.

Monday adjournment was the second, as the court after the hearing of the application on February 18 adjourned till today, (Monday, March 2020) for hearing.

In contrary to the expectation, the seven-man panel of the court led by the Chief Justice of Nigeria, Justice Tanko Muhammad, further adjourned the application till Tuesday – March 3, 2020.

“The matter was adjourned till today for hearing. But incidentally, we were served a process by the respondents in court this morning, which we must look at in order to respond.

“If it is convenient for you, my lords, permit us to come back tomorrow (Tuesday) so that we can look at the issues that may arise’’ Chief Agabi pleaded.

Governor Uzodinma’s lawyer, Mr. Damien Dodo (SAN), in his response said applicants were served Monday morning because they only filed and served their papers last Friday.

Dodo said save Agabi’s request, he was ready to proceed.

The Independent National Electoral Commission’s lawyer, Taminu Inuwa (SAN), too said he was ready to proceed with the hearing.

But the panel decided to adjourn the hearing till Tuesday.

After the adjournment, supporters of Governor Uzodinma and Ihedioha expressed hope that the expected judgement would go their way.