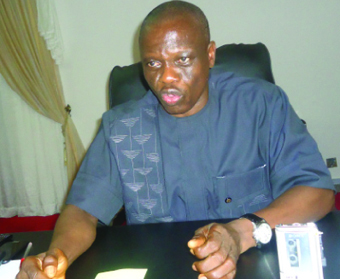 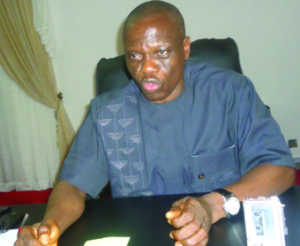 The Speaker of the Plateau State House of Assembly, RT. Hon. John Clark Dabwan may be removed from office when the House resumes sitting next week Tuesday, strong indications have shown.

A reliable source in the House of Assembly who does not want his name in print told our correspondent that all members have signed for the speaker’s impeachment or alternatively he should resign.

The source further stated that the Speaker on hearing the development became jittery, pleading with his colleague to soft pedal.

Investigations by our correspondent revealed that the alleged plot to remove the Speaker thickened because his colleagues see him as someone who is insensitive to their plights.

It was gathered that the member representing Bokkos Constituency in the House, Hon. Titus Alams is tipped to replace him.

His Chief Press Secretary, Nandak Chingle when contacted on the development on phone, said, “The Plateau State House of Assembly will be sitting on Tuesday next week, you can come to cover the proceedings from there you will know if the speaker will be impeach or not”.

Frantic efforts to reach the House committee Chairman on information Hon. Diket Plang to comment on the development failed as his mobile phone number was switch off as at the time of filling this report.