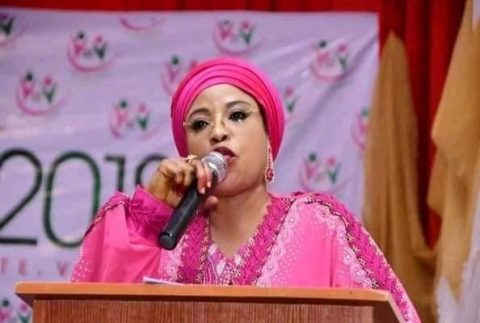 (AFRICAN EXAMINER) – The Minister of state for Federal Capital Territory (FCT), Dr Ramatu Tijjani Aliyu has called on women in Africa to come together and tackle marginalization facing them in all spheres of life on the continent.

She however expressed delight that despite the challenges, many women who are holding key offices in Africa, have excelled in position of authorities and leadership that they have occupied.

During the conference, the minister, who is also the President of the Council of African Political Parties, was a chairperson of one of the panels that discussed the importance of women inclusion in all governance in Africa and proposed means through which more women can be supported to take up political leadership.

At the end of her session, panelists suggested the following solutions to issues affecting women in the continent:

“Aside the Affirmative Action principle, processes should be explored making it constitutionally mandatory on governments of African countries to set aside certain percentage of the membership of their Cabinets for women. This could be for a specific period of time to enable the gender balance philosophy become internalized in the body politic of African nations.

“The constitutions of political parties in African countries should enforce the principle of Affirmative Action by putting in place institutional mechanisms at various levels of its organs that will set aside a percentage of elective positions for women. This would ensure that women have favourable access to nomination processes that will enable them contest elections into all elective offices.

“Reduction in the cost of nomination forms as a measure to encourage greater women involvement is salutary. However, more needs to be done.

“The Electoral Authorities in African nations should enact stringent guidelines that will sanction political parties that do not meet their party guidelines with regard to their noncompliance with relevant provisions enhancing access of women to elective offices through a women gender friendly nomination process.

“Civil Society Organizations and faith-based institutions should pursue with greater vigour, a vigorous advocacy campaign in African countries that will seek to change the perception among Africans, especially the males, who regard the role of the women in society as essentially limited to domestication. This will help unleash the women from such stereotypes and embolden their resolute participation in elective processes.

“Access to funds needed to mobilize support during campaigns should be liberalized. Electioneering Campaigns are expensive in every sense. Women are usually worse hit as most of them do not have enough financial capability to withstand the rigours of campaigns.

“Access to special financial grants and other forms of institutional support for women running for various elective offices should be put in place by African countries.”

The conference was organize by an Abuja based women group, Helpline Foundation for the Needy, in collaboration with other women group to provide a platform for African women from the formal and non-formal sectors of the economy to deliberate on and adopt action plans that will deliver rapid growth and development in Africa.

The highpoint of the Marakesh summit was presentation of distinguish awards to the FCT minister of state, Dr Ramatu Tijjani Aliyu and other distinguished African Women.