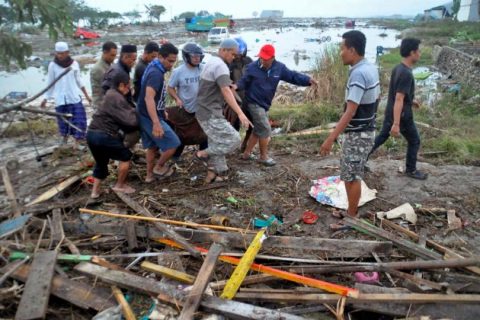 (AFRICAN EXAMINER) – The number of people believed to have died in Friday’s Indonesia earthquake and tsunami has risen to 1,347.

According to disaster response officials, the death toll Tuesday jumped from a previous confirmed figure of 844.

The 7.5-magnitude quake struck just off the central island of Sulawesi, setting off a tsunami that engulfed the coastal city of Palu.

“After day two, the food supply started to come in, it only needed to be distributed,” he said, adding “We are now re-enforcing the law.”

Humanitarian relief convoys entering the city are being escorted by soldiers and police.

And there are fears that some survivors may still be trapped under the rubble of buildings.