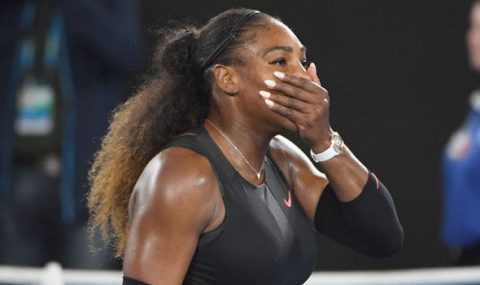 (AFRICAN EXAMINER) – The 23-time Grand Slam winner, Serena Williams has pulled out of the French Open.

The sudden development occurred before her fourth-round match with Maria Sharapova due to an injury which affected her serve.

It would be recalled that the American last week made a successful return to Grand Slam tennis with a 7-6 (7-4) 6-4 win over fellow rival, Kristyna Pliskova at the ongoing Open.

Williams recently returned to tennis, after giving birth to her first child. She looked in good form in her opening matches last week.

In what can be considered as confirmation of her ordeal, the nursing server said: “I’ve had issues with the right pectoral muscle to the point where I can’t serve’’, said the 36-year-old.

The 36-year-old tennis star again affirmed: “I’ll have a scan. I won’t know about Wimbledon until I get the results.”