International Friendlies: Fans Not Satisfied As Eagles Lost 0-1 To Algeria 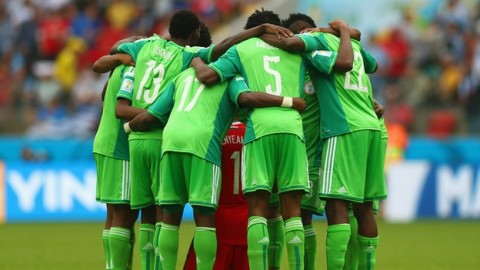 (AFRICAN EXAMINER) – Some Nigerian football fans have expressed disappointment over the National team’s performance against the Desert Foxes or Warriors of Algeria which the Super Eagles lost by a lone goal on Friday in Austria.

The match served as a warmup encounter for both teams as they prepare for the African Nations Cup, Cameroon 2021, qualifiers.

This is Nigeria’s first game since the outbreak of COVID-19 pandemic, coupled with the new arrivals in the team, some fans believe that the team is yet to solidify well.

Debola Adebanjo, a sport journalist with the BBC, said the North African side didn’t spare Nigeria.

“Algeria’s organization can’t go unnoticed, better shape of the ball and understood how Nigeria wanted to play through the wings and blocked them everytime; ruining Nigeria’s rhythm at every opportunity. Algeria are the team to beat,” she said.

Another fan, Peter Nwosu, said Paul Onuachu, the team’s forward on the field of play, was not good enough.

“Imagine playing a 6ft:7in striker who was struggling to win aerial duels and then we had wingers who were only interested in cutting in and taking aim at the goal, surely that was a mismatch.

“Eagles definitely deserved to lose, maybe even by more goal margins. In Maduka Okoye, though, it does seem like we might have found ourselves a good goalkeeper,” he said.

May Johnson said Coach Gernot Rohr was to blame for the poor performance of the team.

“If we had the chance to ask Super Eagles players individually if the game plan was to break down of the Algerian defense then you would understand where the problem is.

“There was no actual tactical plan to break down the defense. For me, Rohr is to blame,” Johnson added.

“Pass back all the time and not an iota of excitement, they didn’t play like a Nigerian team today. Maybe their way of supporting the #EndSARS campaign,” Iloba added.

Nigeria will also take on Tunisia in the second friendly game on Tuesday at the same venue in Austria.