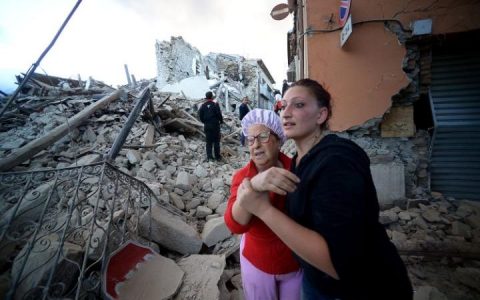 BALTIMORE, MD (AFRICAN EXAMINER) – As another tremor struck early Friday, Italy has declared a state of emergency in the worst hit regions by Wednesday’s earthquake in the central Italy.

The declaration came amid hopes of finding more survivors deemed, thus death likelihood of death toll to rise. The Friday’s tremor was measured 4.7.

Prime Minister (PM) Matteo Renzi has pledged €50m (£42m) funds for rebuilding.
In addition to the funds, Mr. Renzi cancelled taxes for residents and announced a new initiative, “Italian Homes”, to tackle criticism over shoddy construction.
Death toll as at early Friday stood at 268, while 400 were injured. Teams have continued to search the rubble of toppled buildings for a second night.
However, hundreds of aftershocks have hampered the efforts of the 5,000 rescuers.
Mr. Renzi said that it was “absurd” to think that Italy could build completely quake-proof buildings.

PM’s reaction followed criticism in the Italian press over building standards in high-risk areas. Some of the buildings that collapsed had recently been renovated.