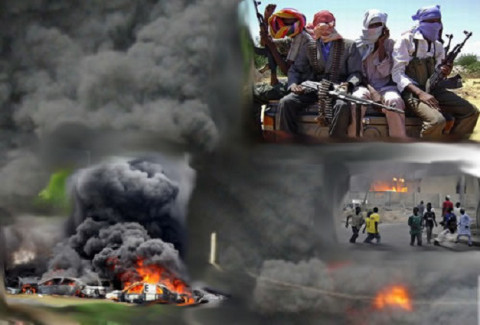 The United Nations Children’s Fund (UNICEF) today received a grant of US $ 3.4 Million or N750 million) for Integrated Provision of Life-Saving Emergency Interventions for Vulnerable Populations in the north east of Nigeria, from the Government of Japan. The grant will be used for interventions focused on the Internally Displaced Persons and conflict affected populations in the north east of Nigeria in the sectors of Water Sanitation and Hygiene, Health, Nutrition, Child Protection and Education.

The conflict in the north east of Nigeria especially in the states of Borno, Yobe and Adamawa has caused large scale human suffering for the populations in the areas especially children and women. The conflict has triggered major population movements and the number of IDPs in the north east has almost doubled in less than a year, from an estimated 647,000 in May 2014 to what International Office of Migration reports is now around 1.2 million. Children make up about 56 per cent of those who have been internally displaced, with over half of them being five-years or younger.

“This grant is timely and will further boost the work UNICEF is doing in the northeast. It will make a significant lifesaving contribution to alleviate the suffering of the affected populations in the northeast especially children and women” said the Officer in charge UNICEF in Nigeria Mr. Samuel Momanyi.

“I earnestly hope that this grant aid will bring humanitarian assistance to the affected populations, especially children in the northeast of Nigeria” said Mr. Masaya OTSUKA, Chargés d’Affaires ad interim of the Embassy of Japan in Nigeria. “The Government of Japan will continue to cooperate with the people and Government of Nigeria and the international community to mitigate the conflict through nonmilitary assistance, and to support Nigerian people affected by the conflict.”