Jonathan Takes Over Negotiations With ASUU 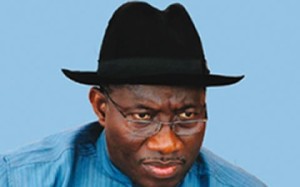 President Goodluck Jonathan on Monday took over the Federal Government’s negotiations with Academic Staff Union of Universities (ASUU) with the sole aim of ending the four month-old strike.

The meeting with the ASUU representative took place at the First Lady Conference Room in the Presidential Villa.

Executive Secretary of the National Universities Commission, Prof Julius Okogie; he Chief of Staff to the President, Chief Mike Oghiadhome, and Permanent Secretary in the Federal Ministry of Education, Dr. Mac John Nwaobiala are also member of the government’s negotiating team.