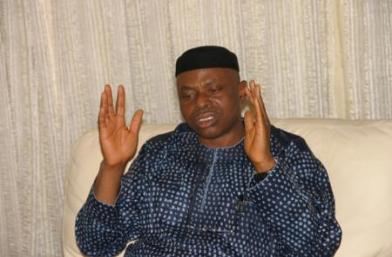 The supreme court of Nigeria has upheld the election of Gov. Olusegun Mimiko of Ondo state dismissing the appeal filed by
the candidates of the defunct Action Congress of Nigeria (A C N) and the People’s Democratic Party (PDP)

Mr Rotimi Akeredolu of A C N now APC and Olusola Oke of the PDP expressed dissatisfaction with Dr Mimiko’s election arguing
that INEC colluded with the governor to rig him back into office.

However, Justice Walter Ononghen who led other six Justices held that the appellants fail to prove beyond doubts that the
hitches claimed in their petitions substantially affected the conduct of the Ondo state governorship election.