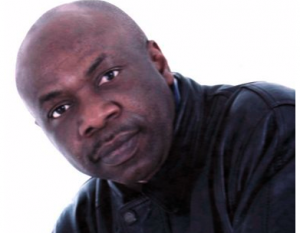 Keyamo said on 7 January, 2014, the Kuje Prisons Clinic issued a drug prescription for the treatment of the high blood pressure and hypertensive ailment to his client, Okah, specifically Amlodipine 10mg.

“On 9th January, 2014 when the wife, Mrs. Okah, visited our client in Prisons, she was informed that the said drugs have not been bought due to lack of finance, and as such she was requested to purchase them for our client.

“Consequently, our client’s wife immediately purchased the said drugs and handed same over to the Prisons Officer in Charge, DCP Felix Lawrence, who seized them and refused to administer same to our client, thereby denying him medication till date, despite his critical health condition,” he explained.

Keyamo added that the said DCP, Felix Lawrence further said that his action was based on the Press Release by the Family of Okah on 13thJanuary, 2014 where they raised alarm about his health condition and that no one could do anything about it.

“The conduct of DCP Felix Lawrence is very worrisome, in addition to several other inhuman treatments meted to our client in Kuje Prisons. Several events which are calculated attempts to sniff out his life have repeatedly occurred, which include intentional denial of medication, refusal to administer the correct and appropriate drugs when prescribed by the Prisons Clinic, the initial refusal to fumigate the cell and the subsequent fumigation while our client was inside, the discovery of a scorpion in the cell and various other life-threatening events.

“The foregoing suggests beyond doubt that there is a plot to kill our client in Kuje Prisons. This is more so because our client, who has only one kidney is hypertensive and also suffers high blood pressure regularly. It is noteworthy that it was circumstances of this nature that led to the death of Tiemkemfa Osovwo (alias General Gbokos) sometime in 2012. It is likely that similar fate may befall our client if urgent action is not taken about our complaint,” he said.

He urged the Controller to use his good offices to compel DCP Felix Lawrence to release and administer the said drugs to Mr. Charles Okah in custody of the Kuje Prisons within 24 hours from the time of his receipt of this letter.

Keyamo warned that in the event that his demand herein was not complied with, “we shall take further steps to enforce the fundamental human rights of client, including, but not limited to, an action in Court.”