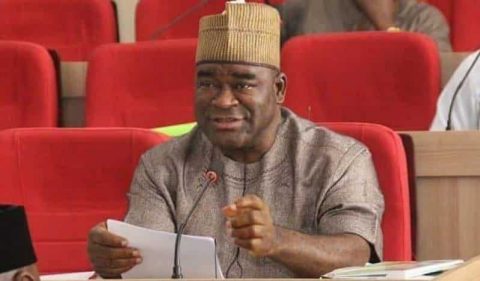 (AFRICAN EXAMINER) – A member of the Kogi State House of Assembly John Abah is dead.

The Chief Press Secretary (CPS) to the House’s Speaker, Mathew Kolawole, Femi Olugbemi, confirmed the death Wednesday in a statement.

It was confirmed that the late Lawmaker who represented until his death, Ibaji Constituency in the 8th assembly, died early hours of Wednesday.

As at the time of writing this report, there was no specific reason linked to the second timer Lawmaker.

Meanwhile, the Speaker of the State’s Assembly has described Abah’s death as shocking.

In a statement signed by his CPS, Mr. Kolawole expressed sadness over the death.

While sympathizing with the immediate family and the people of Ibaji Constituency over the incident, the Speaker said: “It is very sad and painful to lose a breadwinner of a family”

Kolawole mourned that his demise has created “a great vacuum that will be hard to fill”.