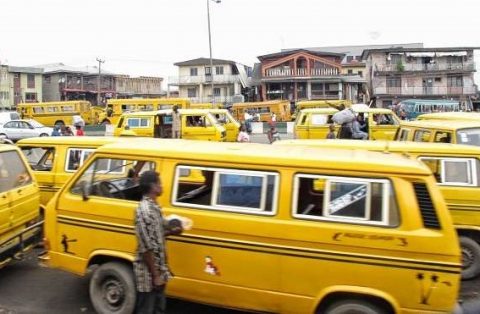 LAGOS, NIGERIA (AFRICAN EXAMINER) – A Reform Initiative aimed at giving Lagosians an integrated public transportation system with a sinking fund of N30billion will soon take off.

The State Mr. Governor Ambode, while speaking to journalists weekend, said his administration had identified the challenges Lagosians go through on a daily basis commuting via public transportation, saying the reform was aimed at providing a viable alternative.

He said the Bus Reform Initiative is a three-year plan aimed at introducing over 5000 air-conditioned buses to replace the yellow commercial buses, popularly called Danfo, which according to him, was no longer befitting for the State’s mega city status.

“We decided that the best thing is to allow the yellow buses go and so the Bus Reform Initiative itself is a three-year plan of 2017 to 2019 in which it intends to bring in new buses of 5,000 units in the three-year plan.

Speaking on the funding, the Governor said his administration would launch a public transportation infrastructure bond of N100billion that would span between seven and 10 years, indicating that the Government already has a sinking fund which it intends to put into the bond.

“You are aware that the Federal Government paid the refund of the Paris Club Loan last December and this is a money belonging to the State Governments due to the refund and so Lagos State decided not to touch its share of the Paris Club refund. Right now, we have a sinking fund of N14.5billion that is already put in place to drive this public transportation bond.

“We refused to touch our money and we believe that the second batch of the refund should be paid next month and eventually that will be N29billion that we will have. I will add another N1billion to it making it N30billion to kick start this initiative.

“By the time we have N30billion as sinking fund to drive the bus initiative against the bond of N100 billion that we want to put into the market, there will be that credibility and credence that the bond will drive itself and that is the whole idea.” Governor Ambode said.

He said aside the bond, his administration also intends to give out franchise to interested stakeholders in multiple of 50 buses each, 100 buses, 200 buses and above, explaining that what is required is a down payment of 25 per cent of the buses.

“So, these are bankable projects as we have a sinking fund and so our exposure as a government is just technically 75 per cent. So, from the kind of machinery we want to use to run the buses, there are no cash takings, everything is automated and obviously, who ever has a franchise, whoever drives, they have the recourse to take part of the money while part of the intake also goes to the repayment of the facility and so it is a comprehensive template,” the Governor said.

He noted that the State Government expects the Danfo drivers, who would be absorbed into the new initiative to adapt accordingly, saying that the transport unions would be expected to take ownership to ensure sustainability.

“This is just a paradigm shift where Danfo drivers move from being addressed as Danfo drivers but as professional drivers. So, we will buy back the Danfos from them and it becomes the seed money to become eventual owners of those buses in the years the facility is spread.

“It is something we have been working on in the last one year and we don’t come out to say we are going to do anything without working properly on it. It is process and now we are at the advocacy process.

“We intend to start to go to the bus parks and all that to educate people and the integral part of these buses is what you see us trying to provide bus terminals, Laybys, bus stops. They are coming in pieces but they will become a complete cup of delivering this particularly product when we put them together,” Ambode explained.