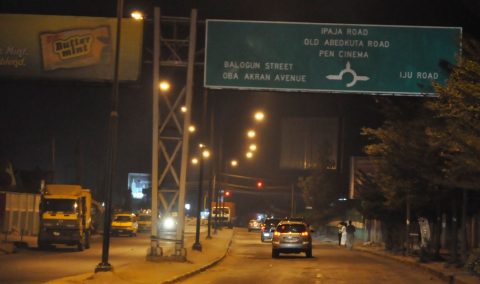 LAGOS, NIGERIA (AFRICAN EXAMINER) – The Lagos State Government on Wednesday announced plans to activate multi-faceted projects designed to improve the standard of living in the State, among which is the commencement of construction of a Fly-over Bridge in the popular Pen Cinema junction in Agege Local government area of the State.

The Pen Cinema Fly-over is the third which the Akinwunmi Ambode-led administration in the State will be constructing after those of Abule-Egba and Ajah Roundabout. The State Government had also constructed a Pedestrian Bridge at the ever busy Berger Bus Stop along Lagos-Ibadan Expressway to facilitate easy human and vehicular movement.

Addressing a joint ministerial press briefing at the Bagauda Kaltho Press Centre in Alausa, the State Government also announced its readiness to commence the deployment of 13,000 Closed Circuit Television (CCTV) Cameras, additional 6,000 street lights and security sensors for surveillance and crime prevention across the State from October, 2016.

Commissioner for Information and Strategy, Mr. Steve Ayorinde, who announced all the projects, pointed out that government was also set to decongest traffic along the Lekki-Epe Expressway through the removal of three roundabouts namely the 4th Roundabout (Elegushi); 5th Roundabout (Jakande) and the 8th Roundabout (VGC).

He said the affected roundabouts would be replaced by the use of traffic lights, expansion of the roads and provision of dedicated turning lanes as well as additional lay-bys.

Ayorinde further disclosed that the State Government has commenced the implementation of the Lagos Enterprise GIS upgrade and the Integrated Land Administration Automation System, which when implemented, according to the Commissioner, would ensure proper monitoring of government infrastructure for optimum benefit, fast-track the ease of doing business and improve government-citizen relationship.

While explaining the scope of the Pen Cinema Fly-over, the State’s Commissioner for Works and Infrastructure, Engr. Ganiyu Johnson, said the government was pleased to announce the approval for the construction, which he said would be completed within 18 to 24 months, adding that the project would commence after the conclusion of the preliminary works.

Johnson said the fly-over would be constructed from Oba Ogunji via Ijaiye Road into Agunbiade, adding that it would be 700meters long with some junction improvement at Pen Cinema.

“We will expand Oba Ogunji Road and create barriers. The project will also accommodate a generous walkway similar to the Ikorodu Expressway and the bridge will have a free flow all the way to Agunbiade,” Johnson explained.

On his part, Special Adviser to the Governor on Transport, Prince Olanrewaju Elegushi said the removal of the roundabouts on Lekki-Epe Expressway was part of the junction works and traffic system management designed by the present administration to enhance free flow of traffic.

Elegushi recalled that when the road was constructed, it was accommodating about 30,000 vehicles per day, adding that the vehicular movement has now increased to over 50,000 daily.

He informed that the project would be competed in six months, adding that additional lay-bys and other sleep roads have been designed with the project.

Also speaking on the Smart City Project and the Integrated Land Administration Automation project, Commissioner for Science and Technology, Mr. Olufemi Odubiyi, said among many other benefits, the EGIS project would help promote and encourage a secondary mortgage market and facilitate investment in properties.

He added that the project would witness the installation of information highway-metro fibre and deployment of 4GLT across the State, adding that part of what government was trying to achieve was the full implementation of e-services like e-health and e-agric, among others.

While addressing the production of crude oil in Lagos, Commissioner for Energy and Mineral Resources, Mr. Wale Oluwo, said the State Government is set to access the 13 percent oil derivation, and urged the Federal Government to license more private sector participants in the oil and gas sector.