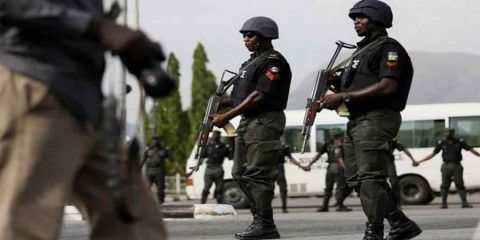 (AFRICAN EXAMINER) – The National Secretariat of the All Progressives Congress (APC) in Abuja, was on Tuesday sealed off by the police to forestall breakdown of law and order following leadership crisis rocking the party.

Manzah said that the step was taken to forestall possible breakdown of law and order.

NAN Correspondent gathered that IGP Mohammed Adamu had ordered the police command in the FCT to seal off the party secretariat.

Before the secretariat was shut, some police officers were seen directing workers and newsmen out of the at the party secretariat, while the APC acting National Secretary, Malam Waziri Bulama, drove into the premises.

Bulama was sighted speaking with the leader of the police team, before he later drove out of the party secretariat.

However, some party chieftains later gathered outside the secretariat, discussing the development, while food vendors went on with their activities and businesses. /(NAN)