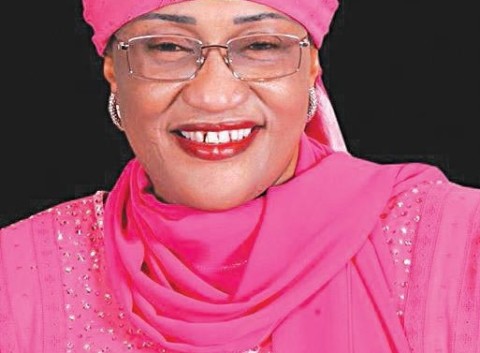 The primaries, conducted under the supervision of the National Chairman of the party, Chief Godwin Okoye, at Shield Hotel, Jalingo, where Alhassan got unanimous endorsement of all the 224 delegates from the 16 local government areas of the state.

AbdulRazak Gidado, the only governorship aspirant of the party before the former minister joined last week, had earlier announced that he was stepping down for Alhassan.

Ballots were, however, cast by each of the 224 delegates before the emergence of the former minister as candidate.

The National Chairman of the party commended the unity of purpose of both the old and new members of the party which, according to him, has improved the chances of the party to capture power in Taraba in 2019.

Okoye said that Alhassan’s wealth of experience and her large followers who joined the UDP in the last one week was the beginning of good things that would happen to the party nationwide.

He assured them of equal opportunities and the support and cooperation of the UDP National Secretariat.

Alhassan thanked the UDP and the followers for believing in her.

She said “I assure you that I will work round the clock to ensure that our enemies are put to shame by winning the governorship election in Taraba in 2019.”

She urged Taraba people to rally round the UDP, “because it is a party with great potential for the development of the state. (NAN)