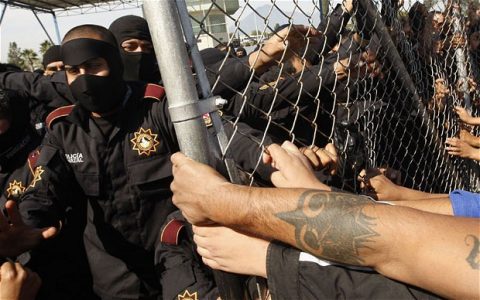 (AFRICAN EXAMINER) – At least 16 inmates were killed and five wounded in clashes at a prison in central Mexico, security officials said on Wednesday.

Police reinforcements who entered the prison in Zacatecas after the riot erupted found four guns and several sharp objects that could be used for stabbing.

Zacatecas state security chief Ismael Camberos Hernandez told local media that the weapons were likely smuggled into the prison during visitation hours on Tuesday because no weapons had been found during an inspection at the weekend.

Mexico has suffered from rampant violence for years, in large part because of the prevalence of criminal gangs who make their money through drugs, kidnappings and extortion.

An average of 100 people are killed daily in the country, which registered more than 36,000 homicides last year. (/NAN)