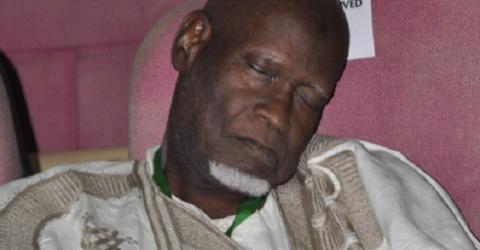 Following the demise of the Assistant Inspector General of Police (retired), Hamma Misau, the Trade Union Congress of Nigeria (TUC) has described his death as a colossal loss to the nation at a time that the decision to reshape the country is ongoing. 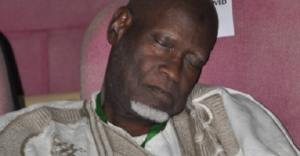 Misau who was a delegate representing Association of Retired Police Officers (ARPO) at the on-going National Conference died at the National Hospital, Abuja, late Thursday, March 27, 2014.

The Union said this in a press statement by President, TUC, Comrade Bobboi Bala Kaigama, and Secretary General, TUC, Comrade (Barr.) Musa Lawal, made available to African Examiner on Sunday, that the prime way Misau’s soul can be appeased is for the Conference to be successful. “We owe it to him and our other heroes past. We owe it to ourselves.”

In the statement, “The departure of the 67 year old ex-police officer per excellence at a time when he and 491 other Nigerians from all walks of life have been called upon and gathered to chart the future of our country is indeed a tragic and colossal loss to the people of Bauchi, his home state, and the country at large.  The vast knowledge and experience of Misau would have been very handy at the Conference, especially now that the country is facing serious security challenges, with his state being one of those in the eye of the storm.

“It is no news that the havoc caused by the Boko Haram sect has claimed thousands of lives and property worth billions of naira, a factor that prompted organised labour to applaud the inclusion of security professionals like late Misau in the list of Conference delegates to fashion out modalities for curbing the crisis.  Little did we know that he would die without fulfilling this national assignment.”

The Congress however charged the other delegates not to be dispirited by Misau’s demise. “A lot is expected from the Conference, and it must not be numbered amongst numerous reported failed ones of the past”, the statement added.

The Union maintained that the delegates owe Nigerians a duty to ensure that issues threatening the peace and unity of the country are done away with once and for all.

“We must get it right this time. The efforts and resources invested in the Conference must not prove to be wasted at the end of the day.  Nigerians should no longer have cause to lament over the same issues that have prompted us to jaw-jaw. This nation must not fail.

“Misau died in active service, his death throes having commenced right at the venue of the Conference where the way forward for his country was being discussed. We are made to understand that the man was actually ill prior to the Conference but opted to forfeit his rest and comfort in order to contribute his quota towards ensuring our national unity and progress. What exemplary sacrifice for his beloved country!”