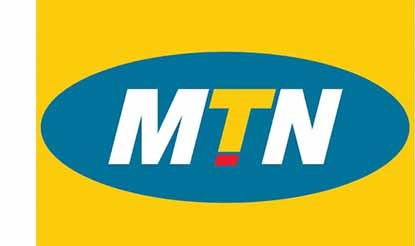 (AFRICAN EXAMINER) – A human Rights organization, under the aegis of Civil Rights Realisation and Advancement Network (CRRAN) has petitioned communication giant MTN, over its alleged linking of the phone line of one  Mrs. Ifeoma Igbogbahaka to a notorious fraudster under the watch lists of the Economic and Financial Crimes Commission EFCC, demanding for five hundred million naira compensation.

The group, which wrote the petition on behalf of the woman, is equally demanding for a public apology from the South African  communication firm within 7 days in two national dailies , threatening that failure to do so will attract a legal redress .

The document which was made available to African Examiner in Enugu read thus “in furtherance of our letter dated 1st March 2019, asking for your response in respect of the linking of phone line of Mrs. Ifeoma Igbogbahaka to a fraudster; you have deliberately refused to address this heinous crime committed by the company till date.

“She informed us that she has been using the above mentioned mobile phone number which she purchased from your  company since over 15 years, and duly registered it; but was surprised when on the 4th day of February 2019, she was arrested by officials of  United Bank for Africa (UBA) Station Road Branch Enugu, where she had gone to withdraw her salary.

It said: “She was unlawfully detained at the banking hall and subsequently transferred to the banks’’ security office for over three hours before she was finally handed over to officials of Economic and Financial Crimes Commission (EFCC).

“According to Mrs. Igbogbahaka she was arrested on the ground that a man named William Uchemba was using same phone number belonging to her.

Quoting Mrs. Igbogbahaka, the Human Rights organization explained in the petition that the EFCC officials who arrested her “stated that her phone number is allocated to and linked to the said fraudster William Uchemba who was reported to have defrauded a lot of people in the guise of procuring American Visa for them.

“Mrs. Igbogbahaka has since been granted bail by the officials of Economic and Financial Crimes Commission (EFCC), but her salary account with the United Bank for Africa (UBA) still remains frozen, thereby crippling her finances and causing untold hardship on the family of this innocent woman.

“We submit that the refusal of the company to respond to our earlier letter to clarify issues on why a phone line allocated to this innocent citizen should be allocated to a fraudster by the same company is not only reckless but also lawless.

“Service providers owe their customers duty of care in every civilized society of the world and Nigeria should not be an exception.

“We hereby on behalf of Mrs. Ifeoma Igbogbahaka demand from your company a N500,000 000 : 00K (Five hundred million naira) compensation and a public apology to be published in two national dailies.

“This should be done within 7 days of your receipt of this letter, failure of which we shall take further necessary legal steps against the company without further recourse to you.