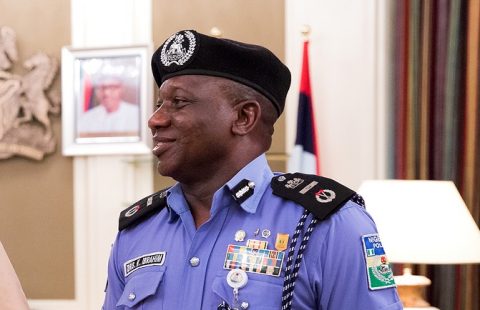 The organisation described as “pathetic and quite disheartening” that the Nigeria Police has degenerated in its value and ethics.

The Executive Secretary of UGRP, Pelumi Olajengbesi, told journalists in Jos, Plateau state capital, that Nigerians have lost total confidence in the police organization as a result of the ineptitude of its leadership.

He was reacting to the allegation by the Chairman, Senate Committee on Navy, Senator Isa Misau, that the IGP  receives gratification from corporate organisations for the provision of security.

Olajengbesi  a legal practitioner said. “There is an urgent need for the Federal Government to investigate and prosecute, if necessary, the Inspector-General of Police, Ibrahim Idris, as there has been an unimaginable scale of corruption in the country’s police organisation since he took over leadership.

“We are everyday dazed by the unrepentant corrupt practices and questionable character of most officers of the organisation, with bribery and extortion taking prominence over its ultimate mandate. We are baffled by the conscientious display of disgraceful act and how shamelessly most men of the organization have publicly insulted the intelligence of citizens meant to be protected, ridiculing and dragging the integrity of the organization on the mud.

“Importantly, government must quickly look into the allegation of special funds allegedly received annually (N120 billion) by the IGP, Ibrahim Idris, as payment for special security services rendered by police to corporate organisations and very important personalities as well as how over 50,000 police officers involved in such services had not been benefiting from the funds. In same vein, the unresolved matter of the special promotion of officers by the Nigeria Police that was fraught with irregularities and corruption should be investigated.

“It is visibly seen that the administration of IGP Ibrahim Idris has involved itself in many corruption scandals and has battered the already dying reputation of the institution. This administration has proven itself with their scrupulous acts to be of doubtful integrity and it would be unsafe for this present government whose major agenda is to fight corruption to keep such a man of doubtful integrity to be in charge of the police affairs charged with the responsibility of helping the  government in its fight against corruption.

“In view of this, it is important that all well-meaning Nigerians should rise up and call for the sack and immediate investigation of the Nigeria Police boss. We cannot be safe in this country if we have a corrupt Nigeria Police Force”, the group said.

While insisting that Nigerians have lost total confidence in the police organization as a result of the ineptitude of its leadership, Olajengbesi recalled the devastating killing of an 8 years old girl who was allegedly raped by a 200 level student of the University of Port-Harcourt reportedly escaped from the police net through the connivance of a police officer.

He said, “This act is ungodly, inhumane, barbaric and evil. It is pathetic and quite disheartening that the Nigeria Police has degenerated in its value and ethics.

It should be noted that this disgraceful act that has befallen this institution is a disastrous event of great negative significance that needs to be addressed with immediate alacrity as it tends to pose a great danger to the security of our nation and serve as a clog in the wheel of the development of this institution.”