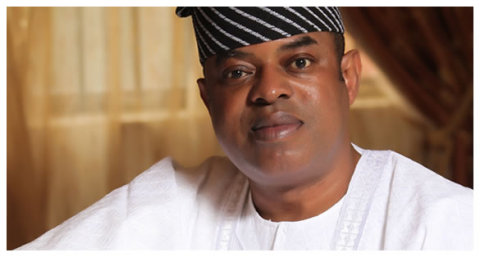 Ayo Balogun, Lagos – There was drama at the Ikorodu Town Hall, Ikorodu, Lagos on Monday as delegates numbering about 3,000 vowed not to return Senator Gbenga Ashafa unopposed as the flag bearer of the All Progressive Congress (APC) at the Lagos East Senatorial Primary of the party. 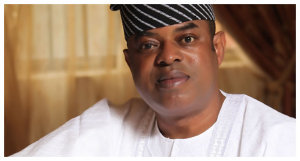 Ashafa is seeking a second term in the senate on the platform of the APC, Lagos East Senatorial District. He is the only aspirant for the position, but in line with the party’s law, he must still be voted for by delegates at the primary to endorse his aspiration.

Each of the 3,000 delegates was said to be demanding for N50,000, amounting to N150 million cumulative largesse from the senator before they could vote, as they rejected the offer of N5,000 each initially from Ashafa.

African Examiner gathered that despite the fact that the money was increased to N30,000 per delegate, they still refused to vote, insisting that each delegate must collect N50,000 each.

The uproar generated by the demand from the delegates forced the leadership of the APC to postpone the primary to Tuesday at a new venue in Epe Local Government.

A top chieftain of the APC in Ikorodu, who craved anonymity, said the primary was postponed because the delegates made a mess of the whole exercise as they demanded for outrageous money from the lawmaker.

The party chieftain explained to African Examiner online that the lawmaker agreed to up his largesse to the delegates by N25,000 from the initial N5,000 offered, making it N30,000, noting that the delegates turned down the offer which led to the postponement of the primaries.