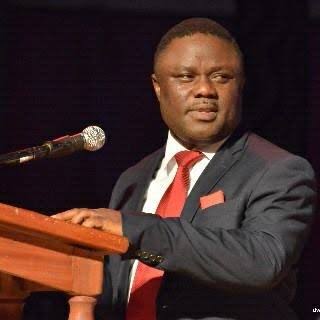 Dr. Ayade who is the Managing Director of Leophina Nigeria Limited and Hally Brown International Limited, it was learnt was quizzed by the EFCC operatives Tuesday.

According to reports, Governor Ayades’s brother was implicated in shady deals which involved diversion of public funds into his companies’ accounts. The four different allocations from the Federal Government (FG) accounts were allegedly being diverted into the private firm account – Hally Brown International Limited.

It was learnt that Hally Brown International Limited was awarded a road construction contract to the tune of N2.4billion in 2011.

In order to finance the project, Dr. Ayade allegedly took a loan of N350,000,000 (Three Hundred and Fifty Million Naira only) from First Bank Plc, on behalf of Cross Rivers Rural Access and Mobility Project.

Instead of being used on the real contract, the sum was diverted into the Mobility Project.

The suspect has also been implicated in alleged suspicious transactions involving Obudu Micro Finance Bank and other allegations.

Ayade has however been granted an administrative bail by the EFCC but still in its custody, until the bail conditions are fulfilled.