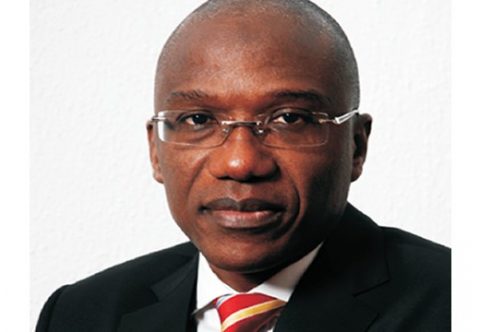 (AFRICAN EXAMINER) – The Asset Management Corporation of Nigeria (AMCON), has accused the nation’s judiciary of constituting a stumbling block in its efforts towards

recovering a whopping sum of 2.5 trillion being owed the federal government  by about 350 persons and companies in the country.

It said the amount  if recovered , was enough to fund the 2017 budget deficit which presently stands at about N2.3 trillion.

The Corporation stressed that using legal and institutional bottlenecks in restraining it from discharging its duties has remained a serious cog in the wheel of progress of the organization .

Some of the debtors, it said, sometimes drag the Corporation to court and the matter as the case may be, may linger for as long as 10 years and above.

Managing Director/Chief Executive Officer (CEO) of AMCON, Mr. Ahmed Kuru, disclosed this  Monday in  Enugu during the corporation’s two day retreat for members of House of Representatives Committee  on Banking and Currency.

According to the AMCON boss, the Corporation’s recent assessment of obligors as at December 31, 2016 identified 350 accounts with a current exposure of N2.5 trillion that represent about 80 per cent of AMCON’s total obligor debt.

“AMCON has also repositioned its debt recovery approach to strengthen legal and credit restructuring units to collaborate on the aforementioned 350 accounts termed “defaulters”; enhance the restructuring and turnaround team; and engage in asset tracing to enhance recovery.”

Kuru lamented that the ramifications for failure by AMCON to recover its debt, principally owed to the Central Bank of Nigeria (CBN), cannot be quantified as it goes beyond economic cost.

“Given the current demands on the Federal Government, it is doubtful that it can afford to expense AMCON’s debt in the short term, going by all these challenges of AMCON, Kuru told the lawmakers to be mindful of the proposed bill of the Nigerian Assets Management Agency (NAMA).

He stated categorically that, “…we note that this Committee is reviewing the proposed bill of the Nigerian Assets Management Agency (NAMA) and request that the Committee also considers its impact on AMCON.

“Our position is that AMCON should not qualify as an agency as covered under the proposed NAMA bill since AMCON’s assets were principally acquired from the banking sector for the purpose of debt resolution.”

“Giving further details on how the judiciary was frustrating their activities, the AMCON Head of Credit, Joshua Ikioda, said their debtors enjoy enormous ptotection from the courts as they use part of the monies they’ve acquired to engage the services of Senior Advocates who deploy legal technicalities to frustrate the corporation.

“In Malaysia, once you lay hand on the assets, you have the right to sell them and if its later discovered they are not owing, you find a way to remedy the situation but in our own case, even when you have legal mortgages, you still have to get court’s approval to sell them. This is the tragedy we face here,” he stated.

He said the members had already argued that the approach would not be the right decision for the country considering the state of the economy, which is on the pathway to recovery after sliding into recession. ,

“We are also aware that some economists are clamouring for AMCON to buy more toxic assets from the Eligible Financial Institutions (EFIs) in view of the very high level of the non-performing loans that are worse than the 2009 experience and far above the regulatory threshold.

“We wish to sound a note of warning that this Committee will not; I repeat will not support any such move. At least not at a time like this in the history of our economy.” stressing that the lawmakers are happy that AMCON as an interventionist institution of the Federal Government has performed above board since it was created, but are worried that the Corporation is often constrained by institutional and legal stumbling blocks from achieving optimum results.

The chairman, said that was why the House in 2015, amended certain parts of the AMCON Act to further strengthen the institution – which included the establishment of the resolution sinking fund.

“These legal and institutional bottlenecks arise from 1) Lack of co-operation from EFIs, 2) Issues relating to Clawback on EFIs and intervened banks, 3) Wrong interpretation of the AMCON Act, which has led to conflicting decisions by the courts especially where it relates to possessory and freezing orders and 4) Disingenuous acts of the obligors, who exploit our court processes and the short comings in the extant statute to frustrate the efforts of the Corporation in recovering the loans from obligors.

“I find it troubling that while some of these obligors frustrate AMCON recovery efforts by exploiting the court system, they continue to do business with the Federal Government and get paid. These issues contribute a lot in hampering the efforts of the Corporation and must be nipped in the bud through proactive legislative instruments.