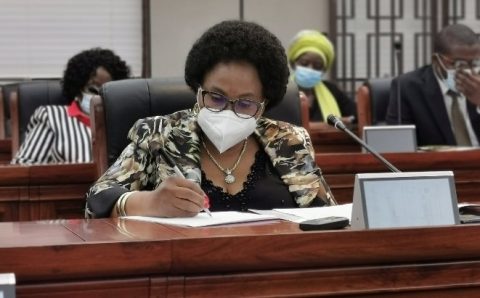 (AFRICAN EXAMINER) – Under fire Zimbabwean government was forced to make a U-turn and to annul special mining grants it had issued to some Chinese companies within the country’s biggest national park.

No consultation had been done and there was no Environmental Impact Assessment which should have preceded any activity.

Stakeholders convened an urgent virtual meeting a few days ago and petitioned President Mnangagwa to rescind the mining claims.

This was after two Chinese companies-Zimbabwe Zhonxin Coal Mining Group and Afrochine Energy of the Tsingashan Group of China had started exploring and drilling within the game park thereby torching a storm among citizens who accused government authorities of plotting to destroy tourism.

China is Zimbabwe’s all weather friend and companies from the Asian country have numerous projects they are doing in Zimbabwe ranging from mining, construction and retail among others.

Their presence however has bred animosity among citizens because of the Chinese exploitative tendencies where workers are poorly paid and harassed while local communities hardly benefit from such projects.

They accused government of disregarding wildlife and tourism by granting mining claims in the protected wildlife sanctuary.

Wildlife is the country’s tourism draw card as Hwange National Park is home to the Big Five and several other endangered species not found in other areas.

Political analysts have said Zimbabwean leadership feels indebted to China for “things” the Asian country has done for Zimbabwe through history.

Tourism and wildlife stakeholders said such activities would affect the whole of Southern Africa’s economies.

In the wake of a petition by various stakeholders, Hwange residents also filed an urgent chamber application the High Court seeking an order barring any mining activities within the national park arguing that this would disturb natural habitat and affect wildlife behavior thereby causing human-wildlife conflict, affect tourism and cause serious land degradation and pollution.

Briefing media after a weekly Cabinet meeting Tuesday evening, Information, Publicity and Broadcasting Services Minister Monica Mutsvangwa said government is working on cancelling all claims that had been granted within game parks.

“Mining on areas held by National Parks is banned with immediate effect. Steps are being undertaken to immediately cancel all mining titles held in the national parks,” she said.

The two mining concessions are special grants which apparently can only be issued by the President and both had been granted to Chinese companies.

Ironically the companies’ consultancy had started circulating questionnaires to stakeholders seeking their views towards crafting an EIA, a process which was supposed to take place prior.

Environment, Climate and Hospitality Industry Minister Nqobizitha Mangaliso Ndlovu is expected in Hwange, west of Zimbabwe Thursday to meet stakeholders in what is viewed as a firefighting move.

The region is rich in coal deposits and wildlife.