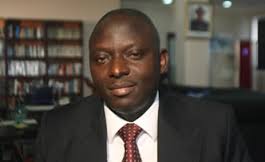 (AFRICAN EXAMINER) – A Federal High Court sitting in Lagos has adjourned the trial of the former Director –General of the Nigerian Maritime Administration and Safety Agency (NIMASA), Mr. Patrick Akpobolokemi and others over misappropriation of sum of N2.6B till Monday, March 7, 2017.

Akpobolokemi and five other suspects including Ezekiel Agaba, Ekene Nwakuche, Governor Juan, Blockz and Stonz Limited, as well as Al-Kenzo Logistic Limited were prosecuted on 22 counts.

The fraud according to EFCC allegedly lasted between December 2013 and May 2015.

Justice Ibrahim Buba, Tuesday held that the adjournment was to allow the cross-examination of the last prosecution witness, Mr. Orji Chukwuma, by the defence counsel.

They accused have been arraigned by the EFCC since December 4, 2015.