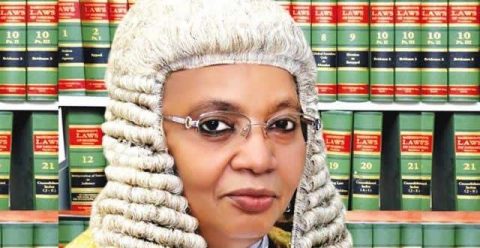 (AFRICAN EXAMINER) – The Senate has confirmed Justice Monica Dongban-Mensem as the new President of the Court of Appeal.

The Upper Legislative Chamber announced this Thursday in its official Twitter handle.

The Senate confirmation came after receiving report of the Committee on Judiciary, Human Rights and Legal Matters led by Senator Bamidele.

Bamidele indicated that his committee did not receive any petition against Justice Dongban-Mensem’s nomination.

The President had via a letter sought the Senate approval on her nomination, for the new appointment.