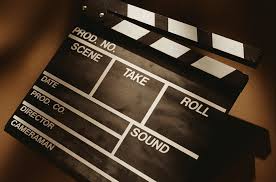 Its promoters, Hot Ticket Productions, said in a statement in Lagos on Saturday that the animated film was valued at about $1 million.

Blessing Amidu, Chief Executive Officer of Hot Ticket Productions, said the film was produced to provide some succour and means of escape for children and the family.

“As we approach the end of the year, it is important to provide some succour and means of escape and release for children and the entire family.

“We strongly believe that entertainment is a powerful tool for this.

“We hope the fantastic universe of Ladybuckit and the Motley Mopsters will serve as a source of joy and laughter for Nigerian families and millions of people around the world during the festive season and for many years to come.

“This year has been a tough one for the world. Families have had to deal with a global pandemic, economic challenges and civil unrests,” she said.

Amidu said the movie would flaunt the voices of some of Nigeria’s famous actors such as Kalu Ikeagwu, Patrick Doyle, Bimbo Akintola, Bola Edwards, and others.

“It took 30 incredible talents and two years to make this movie. We are truly proud of the production and are privileged to have been able to tell a great Nigerian story,” Amidu said.

She said that interest for the movie has been steadily growing, especially amongst fans of animation, cartoons and Nollywood watchers since the release of the first teaser in August 2020.

“With scenes showing notable Nigerian landmarks and historical places such as Oloibiri, a community in Bayelsa State, where crude oil was first discovered in commercial quantity in 1956.

”It is expected that parts of the movie will serve as a flashback to Nigeria’s early years,”Amidu said.

The movie is expected to start showing in cinemas across Nigeria and internationally from Dec. 11.