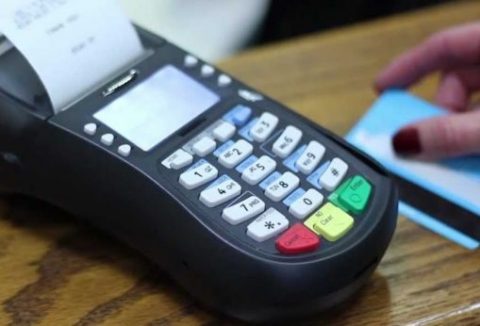 (AFRICAN EXAMINER) – The Nigeria Postal Service (NIPOST) workers Thursday staged a peaceful protest at the headquarters of the Ministry of Finance to kick against the Federal Government (FG) plan to relinquish stamp duty collections to the Federal Inland Revenue Service (FIRS).

The protest was led by the leadership of the Senior Staff Association of Statutory Corporations and Government Owned Companies.

The protesting workers occupied the premises of the Ministry for over one hour.

As the protest coincided with the public presentation of the just signed 2020 budget at the main auditorium of the Ministry, officials, guests and other dignitaries were prevented from gaining access or exiting the premises.

Among the officials caught in the protest were the Minister of Information, Alhaji Lai Mohammed; Acting Director-General of the Securities and Exchange Commission (SEC), Mary Uduk; Minister of State for Finance, National Budget and Planning Clem Agba and other heads of Ministries, Departments and Agencies (MDAs).

The protest took an interesting twist, when the aggrieved workers insisted that the Minister of Finance, Mrs Zainab Ahmed, must come outside and address them on the issue relating to the new policy on the collection of stamp duties.

Eventually, the Minister came out and appealed to the workers to channel their grouses via a proposal.

The ceding of stamp duty collection was a new policy introduced by the government alongside the constitution of the new FIRS board recently appointed by President Muhammadu Buhari and just approved by the Senate.

The current amendment of the Stamp Duty Act by the National Assembly according to the workers Union is being done to allow the FIRS to be the agency collecting stamp duty on electronic transactions.

This, they noted would negate the practice over the years where stamp duty was collected by NIPOST