No More Mercy for Rapists in Ekiti —Fayemi 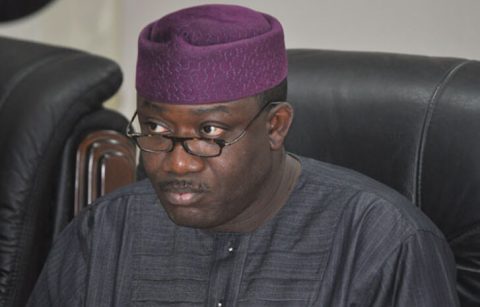 (AFRICAN EXAMINER) – Ekiti State Governor, Kayode Fayemi, said on Saturday any person convicted for sexual offences including rape in any part of the state would not enjoy his prerogative of mercy.

The governor, who made the declaration in Ado Ekiti while signing the Compulsory Treatment and Care for Child Victims of Sexual Violence Bill 2020 into law, directed the state Attorney-General and Commissioner for Justice, Wale Fapohunda, to henceforth oppose bail or plea bargaining for rapists in the state.

He also promised to mobilize other state governors to declare a state of emergency on rape.

Fayemi said rape often led to untimely deaths and emotional trauma, and was beyond what government of a particular state can conquer alone.

The governor added that he would use his position as the Chairman of the Nigeria Governors’ Forum to rally the support of his colleagues on the need to declare a state of emergency against the menace in their respective jurisdictions.

Fayemi said: “The Ministry of Justice is further directed to reaffirm state policy of opposing bail and rejecting plea bargain proposals from perpetrators of rape and child defilement.

“The state government’s policy of ensuring that convicted sex offenders do not benefit from my prerogative of mercy also remains in force.

“The Ministry of Justice is already working on measures to clear the backlog of rape and child defilement cases stalled because of the closure of courts as a result of COVID-19 pandemic.

“We are determined to improve conviction rates and provide comprehensive and appropriate support services to ensure survivors of sexual offences are not subjected to further trauma.”