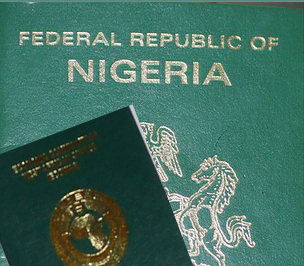 (AFRICAN EXAMINER) – The Nigerian Immigration Services {NIS}, Enugu State Command says the issue of touting and extortion which use to be a worrisome development in the passport services  is now a thing of the past.

It said the organization is committed in carrying  out its duties in line with the Economic Community of West African States {ECOWAS} protocols.

To this end, it  assured ECOWAS and  Non ECOWAS residents  in the state with valid documents not to be worried on  their stay in Nigeria, adding that the service will continue to respect the Protocol at all times.

Speaking with newsmen  Wednesday in Enugu, the new Comptroller of Immigration, Enugu State Command, Mr. Sam Chinda, said ” the NIS is committed to serve the public, both Nigerians and foreigners. We are also  determined to provide quality service to the people of Enugu”.

“We have competent officers on ground who are committed to discharge their duties professionally, so, there is no cause for alarm.

According to him, the Comptroller General of the service {CIG} Mohammed Babandede is a ” very proactive and vibrant officer who has  brought a lot of reforms in the organization, including tackling of the issue of touting and extortion in passport services”

He described the Nigerian Immigration Service as the gateway for anybody coming into Nigeria, saying  that the establishment cannot therefore, afford to engage in any act capable of dragging image of the nation to the mud.

Chinda maintained that the NIS under the watch of the incumbent (CGI) has zero tolerance for misconduct and other forms of unprofessional behaviors among its officers and men.

He said as part of the reforms in the organization, the service has put in place  modern facilities, hence it can now produce vital documents including Green Cards at the state command levels.

The Enugu NIS Comptroller hinted  that the raid of illegal immigrants which recently took place  in the state would be a continuous exercise, advising them to do the needful so as to avoid repatriation.

He disclosed that the command will soon embark on aggressive public enlightenment on its activities in the state.