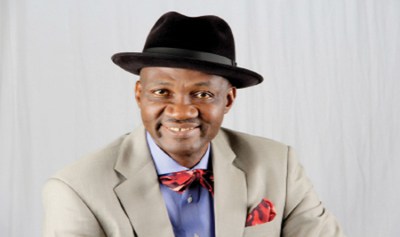 (AFRICAN EXAMINER) – Spokesman of the senate, Ajibola Basiru, has said no member of the Nigerian senate got N20 million as COVID-19 palliatives.

Basiru stated this while reacting to a statement made by the executive director of projects at the Niger Delta Development Commission (NDDC), Dr. Cairo Ojugboh.

Ojougboh had stated that senators and members of the house of representatives received N20 million and N15 million respectively as COVID-19 relief package.

“In the national assembly, each of the senators got N20 million, while the house of representatives members got N15 million for COVID-19 from the NDDC.” he had said.

Reacting, in a statement on Tuesday, Basiru stated that Ojougboh should show proof of his claim or retract it.

He said: “The senate views with grave concern a statement credited to Dr Cairo Ojougboh, the Executive Director, Projects of the NDDC who alleged that National Assembly members received varying sums of money as COVID – 19 palliative. The senate hereby disclaims the allegation in its entirety.

“The Senate categorically denies that any Senator collected the sum of N20 million or any sum whatsoever from NDDC as COVID-19 relief fund for any purpose whatsoever.