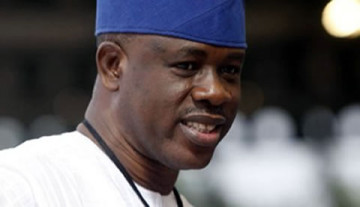 Obanikoro will be contesting the PDP’s primary election with other numerous contestants to determine who will represent the party in next year’s governorship election in Lagos.

According to him, his administration would create Teacher Towns because “you can give teachers better quality of life without drastically increasing their wages,” adding that he would provide free roadside assistance “because one broken down vehicle can delay traffic one kilometre behind by an average of 45 minutes.”

Obanikoro stated that he would provide malaria centres as 70 percent of all ailments in Lagos were malaria-related as well as provide an opportunity for one man, one tax since true governance should have clarity.

The PDP Vice Chairman, Southwest, Makanjuola Ogundipe, said no matter the population of the ruling APC in the Lagos State, the latter would not be able to win the 2015 elections in the state, urging the people of the state to embark on massive campaigns for Obanikoro.

“We will vote and win. Please, let us see ourselves as one. Let us come together and stop the fight. Those we have to fight now are those in the ruling party,” he said.