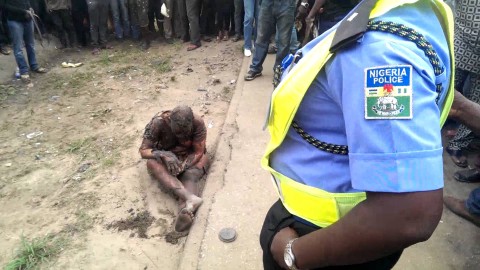 The Lagos state Police Command has confirmed the passing on, of a woman believed to be under the influence of some metaphysical powers, by turning from a flying bird into human being after ramming into an electric pole in Cappa area of Oshodi. 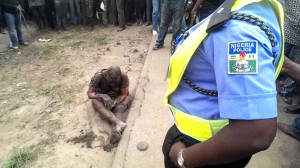 The Command Spokesperson, DSP Kenneth Nwosu, confirmed that the strange woman died Friday shortly after being rescued and picked by the Policemen from the Mushin Police  Division, Olosan, while the corpse had since been deposited at the Mainland General Hospital’s morgue.

Last Friday, a suspected mystical bird, ran into an electric pole in Cappa, Oshodi area of Lagos. The strange bird after landing turned into a woman,  who later confessed to the marveled crowd that she had some metaphysical powers.

The development drew mob, including the motorists, commuters, passengers, traders, artisans and passers-bye in the ever busy area, who attempted to launch an attack on her.

AFRICAN EXAMINER investigations later Monday in Oshodi indicated that the suspected witch was not eventually beaten due to arrival and intervention of the Police from Mushin division.