Ogbemudia Distinguished Himself as Governor of Defunct Midwest -Tinubu 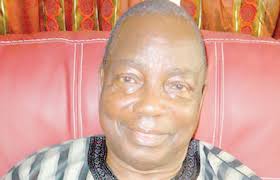 He praised Ogbemudia’s record of infrastructural development as governor of old Mid-western region, saying it was still being appreciated and talked about till today.

In his condolence message over the passing of the retired general issued by his media office on Friday in Lagos, the All Progressives Congress (APC) National Leader said: “I received the news of the death of former military governor of old Midwest Region and ex-governor of Bendel State-now Delta and Edo states- Gen. Samuel Osaigbovo Ogbemudia (CON), on Thursday March 9, 2017 at 11 pm, early this (Friday) morning.

“Though we never wish that our elders leave us even at an advanced age, General Ogbemudia lived to the age of 84. We are not to mourn his death, but celebrate his life and times.

“Gen. Ogbemudia was a very professional and disciplined military officer. He played a strategic leadership role in liberating the Midwest region from the hands of the Biafra troops.

“We have lost an uncommon patriot and nationalist who fought with former Head of State, General Yakubu Gowon, to keep our dear nation one.

“As governor, General Ogbemudia’s record of infrastructural development in old Midwest region is still being talked about till this day. He showed his love for education as a catalyst for human capacity development by creating the Midwest Institute of Technology, now University of Benin.

“Also, all through his stewardship as Minister of Labour and Productivity, Chairman of the Nigeria Railway Corporation, Chairman Petroleum Products Monitoring Company and Chairman Governing Council of the University of Abuja, he demonstrated rare leadership qualities.

“Gen. Ogbemudia was a father to all. He nurtured so many young men and women in politics. It was no surprise, therefore, that he commanded respect from across the nation.