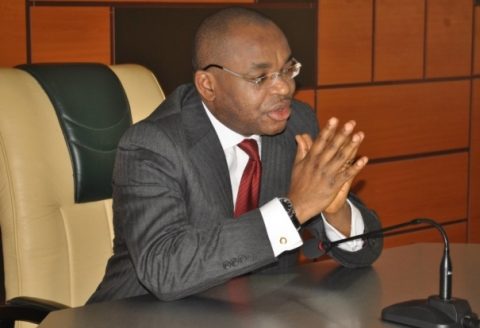 (AFRICAN EXAMINER) – It is one of the ironies of life that the race is not to the swiftest. That fact is now turning into one of the realities that the people of Akwa Ibom State have to grapple with especially in the education sector.

In an era when many Nigerians desirous of giving their children sound education are making the hardest sacrifices especially in a time of great economic challenges, the people of Akwa Ibom State seem to be singing a different tune.

The fact that education is free in public schools is no longer news. What is news is that children from public schools in Akwa Ibom have now taken the ascendancy over private school students in the state, nay the country.

Evidence of this came to the fore after Master Iniso Edward and Miss Blessing Umoukpong two students of the government owned Northern Annang Secondary Commercial School, NASCO, in Etim Ekpo LGA returned to the country after representing the country in the just concluded Stockholm Junior Water Prize Competition in Sweden.

The boy and girl came third in the competition that drew participation from among 42 countries across the world.

The feat by the two students is again reflective of the touch that the Governor Udom Emmanuel has brought to education in the state.

The ticket to Sweden came after the students came top in the country with their entry, “Water Purification Using Natural Plant Fiber” in the national competition in Abuja.

In Abuja they dusted several other students who came from some of the most prestigious private schools in the country.

The honour won for the country in Sweden by the Akwa Ibom students and the honour won for the state by the same students shows the extent to which the Governor Emmanuel administration has prioritized education as a right to be invested in all children irrespective of the economic status of their parents.

Every child in Akwa Ibom today has the latitude just like Iniso and Blessing to attain to the highest and achieve their pursuit in life. While the children of the rich are entitled to also pursue their goals in life, the administration in Akwa Ibom is doing everything to ensure that no one child is cut off from his dream by economic disadvantages.

It is not known if the parents of Iniso and Blessing could have even imagined their children traveling to Europe in the immediate future but for the opportunities, the Emmanuel administration has put in place to ensure that they and people of the same background achieve their potentials.

Governor Emmanuel is doing this in several ways. Apart from his physical encouragement of the students just as he received Iniso and Blessing after they came top at the national competition and promised to sponsor them to Sweden, he had even before then created opportunities for all students to fly.

The education sector in Akwa Ibom state is well footed owing to the free, compulsory and qualitative education scheme where the cost of education in Primary and Secondary school is free.

This explained the commitment of Governor Udom Emmanuel to achieving a globally competitive workforce, in a world that is increasingly being shaped by science and technology. There are over 1401 public primary, secondary and technical schools, 895 private nursery, primary and secondary schools and four tertiary institutions which government ensures compliance with the curriculum, education policies and world best practices. In the same vein, the government has set up ICT laboratories in some of the public and private schools; the education sector has witnessed great improvement under the leadership of Governor Udom Emmanuel.

Speaking on the development the state Commissioner for Education Professor Victor Inoka said that   the free and compulsory education programme gives every child of school age resident in Akwa Ibom, regardless of state of origin, access to qualitative education from primary to senior secondary school level.

In addition to free tuition, the state pays a subvention of N100 per primary school pupil and N300 per secondary school students per term to cater for logistics. With over one million five hundred thousand student’s enrolments in public schools has tripled since the introduction of the programme.

To add quality to the free and compulsory education according to Inoka, Government has also created a more conducive learning environment through massive rehabilitation and reconstruction of school blocks, provision of science and laboratory equipment, construction of hostels and supply of desks in the 31 LGAs in the state.

He explained that to ensure that final year secondary school students are not constrained by lack of money; the government undertakes payment of WASSCE fees for all students in public secondary schools. This also includes payment of NABTEB fees for all students in public technical colleges and also providing funds for laboratory reagents for practical examinations. Udom Emmanuel has ensured prompt payment of primary and secondary school teacher’s salaries despite the economic situation while also providing subvention for the payment of newly recruited staff of Akwa Ibom State University. As basic as this sounds, several states in the country are owing worker’s salaries for several months.

‘’Governor Udom Emmanuel has provided counterpart funding to access UBEC fund for over 300 projects across schools in our state. ICT has been boosted with the commissioning of two ICT centres at Government Technical School, Ewet and Topfaith Int’l School, Mkpatak while releasing 250 laptops and computers to various other schools. Beyond the basic level, scholarships and grants are still on-going (like that for law and Medical students) 30 Akwa Ibomites recently returned from a government-sponsored Master’s programme on ICT. The Governor has provided subvention for the payment of newly recruited staff of the Akwa Ibom State University’’ he stated.

The Governor has ensured the provision of an enabling environment to motivate both the teachers, pupils and students for optimal performance and output as well as attract investors to boost the sector.

His achievements in addition to the on-going free and compulsory education policy for all children in the state, from primary school to the senior secondary school level include; consultations with stakeholders in public and private tertiary institutions, to streamline, re-position and stabilize the school system, prompt payment of teachers’ salaries, training of Principals and teachers on new educational curriculum, teaching methodologies etcetera, dialogue with Unions in the state tertiary institutions to stem labour unrest, signing of Memorandum of Understanding, (MOU) with Universal Service Provision Fund (USPF) with specific mandate to promote widespread availability and usage of telecommunication and ICT services in the state plus promotions, conversions and confirmation for deserving teaching and non-teaching staff.

Every child means everything to Mr. Udom Emmanuel and his administration and for him, every child must be equipped for future challenges and relevance. Governor Udom Emmanuel believes that those who have come to hold important positions in public offices and in the corporate world are products of this public-school system. Consequently, he has made huge financial and human capital investments in schools beyond just regular obligations.