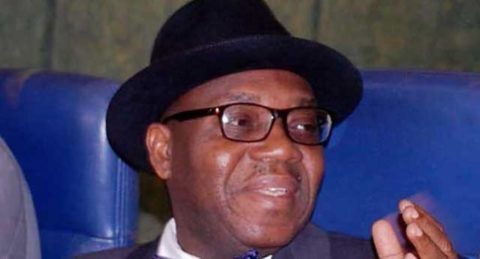 (AFRICAN EXAMINER) – The race to Bayelsa State Government House at the Creek Haven in Yenagoa has begun, symptomatic of another ritual of installing a new governor.  It also has a signification:  a time to interrogate the antecedents of aspirants/candidates and conveyance of political promises to both the electorate and the citizenry in a usually aggressive and blistering electioneering.  By the medium of political intellection and communication, people’s hope for good governance is always raised; but, subsequently, almost consistently shattered and battered both in comparative and relative terms as it has been the lot of successive administrations in the state.

But a reflective citizenry and a perceptive electorate have come to see through the hollowness of the ritual such that they are able to ensure that their measured and reasonable expectations outweigh the hitherto proclivity to take in campaign promises hook, line, and sinker.  It is instructive, though, that there is a silent non-partisan majority who will determine who becomes governor only if they can deploy their voter cards in furtherance of the choice of a right candidate as governor and perform the extra duty of protecting their votes.

In any case, a governor must emerge to superintend over the affairs of the state; it does not matter if the lucky candidate is foisted as a fait accompli or emerges on the crest of popular approbation. Such superintendence over the political economy of the “petite” oil-rich state has historically witnessed beautiful departures in governance voyages but mostly unfortunate arrivals.

To be sure, in the intervening annals of governance voyages in the state, beginning with the late Diepreye Alamieyeseigha in 1999, Goodluck Jonathan’s short stint in office as acting governor/governor before he was appointed vice president and elected president, through Timipre Sylva’s administration to the incumbent governor, Countryman Seriake Dickson, offerings and counter-offerings, both in the theory and praxis of Bayelsa governorship politics, have been made by contenders and pretenders in the successive governorship contestations.

However, whereas, there has not been a dearth of campaign promises most of which are hardly bolstered by positive governance or administrative actions because private interests of successive incumbent executives have always largely subsumed collective public interests and the zeitgeist of social contract; the chicanery of servant- leadership and the bogus claim to fidelity to campaign promises have remained writ-large in the governance architectures of Bayelsa as well as other states of the federation.

But the Bayelsa exemplar is paradoxical in the sense that being one of the smallest states in Nigeria in terms of land mass and population, and apparently de-ethnicised because it comprises only Ijaw people, the ethnic unity has not been deployed in promoting a sense of urgency in statewide infrastructure development. The quandary is a product of dithering leadership. Seriake Dickson has tried to re-write the narratives of failed leadership in the state by the confetti of projects he executed in parts of the state and his governance effort has been captured by history for posterity.

As Dickson bows out, it becomes imperative to search for a successor with an apostolic zeal to follow in the trajectory of infrastructure development charted by him in the past eight years or thereabout. And such a successor must be catholic in governance outlook to ensure even development of the eight local government areas that make up the state. His gravitas to build on the infrastructure development accomplished by Dickson must be sure-footed. His charisma must enjoy statewide approbation. Besides, the successor must be able to inspire public confidence in his capacity to deliver and be accountable.

It is in the context of the above parameters that a seasoned diplomat, prominent technocrat and administrator par excellence who once bestrode the nation’s public service space like a colossus; and, who left his indelible marks in the various offices he occupied as permanent secretary in different ministries, Ambassador Godknows Boladei Igali, has understandably caved in to strong pressure on him by critical stakeholders in Bayelsa state to step in the ring for a referendum of sorts by members of his party, the People’s Democratic Party (PDP) in the their primary election to be their standard-bearer in the forthcoming governorship election.

Watchers of the succession race in the PDP contend that Igali’s robust antecedents as one-time Ambassador of Nigeria to the Nordic countries of Sweden, Denmark, Norway and Finland where he showed an exemplary style of leadership to the admiration of the host countries and Nigerians resident in them will be salutary to reconciling the disparate tendencies in the political terrain of the state. Sedate but highly fecund, Igali had dedicated most of his years in the Nordic countries to the issues of bringing foreign direct investment to Nigeria as well as commitment to the protection of the environment and climate change. He is expected to build bridges of political friendship that will project the “Bayelsa First” philosophical approach to governance.

Bayelsans can be galvanised as a people to pursue a reorientation  of leadership values and rebirth of disciplined followership at all levels of governance and responsibilities in the state so that focus will be on collective interest rather pernicious pecuniary interest that pauperizes the state and the people and inebriate the governor in filthy lucre. The argument is that Igali is capacitated with the intellectual capital to drive and articulate this kind of essential inspiration that underpins the revolutionary idea.

Bayelsa and her people are expected to benefit from a combination of Igali’s intellectual capital, administrative savoir faire and ambassadorial legerdemain if they prefer him to all the other candidates and vote en-masse for him. Believed to enjoy a robust and friendly relationship with Dickson and the former president, Dr. Goodluck Jonathan and thus entitled to their essential endorsement like others, Igali, sans political monkey business, unconscionable politicking and petty prejudices, represents something close to an avatar to sit in the driver’s seat once Dickson gets to the terminus of his superintendence over Bayelsa statecraft.

Igali’s quotidian disposition to solving all identified problems in a fastidious fashion and thus preventing them from getting dilatory may appear to typify the quixotic temper that ramifies governance and government business; indeed, his plethora of achievements in the positions he held are, however, the reinforcing antecedents of his performance quotient and capacity to deliver in the most difficult of situations.  He is said to nurture and harbour a spirit of collective good and achievements, not minding who takes the credit.

There is, therefore, a justifiable basis upon which Bayelsans can yearn for an encore or a replication of his “sumo” against problems that contended against his mandatory resolve to succeed in his assignments. And to be sure, he triumphed over all. Sampler: as Secretary to Bayelsa State Government in February 2006 under the administration Dr. Goodluck Jonathan as governor, a position he held in pari passu that of Honorary Adviser and Chief Negotiator to President Olusegun on Niger Delta Matters, he formulated robust government policies and raised governance issues that set the state on the pedestal of economic development

Yet another: Igali is reported to have “championed the interest of the Ijaw Nation and its people in all his programmes and policies by propagating harmonious relationship among all the Ijaws not minding the Ijaw speaking state one is from. He has always exhibited himself as a true and illustrious Ijaw son wherever he finds himself by not hiding his ethnic identity – this he has done by speaking Ijaw to anyone that introduces himself as an Ijaw person and quick to offer assistance that is within his limit.”

Read another testimony to his commitment to peace in his Niger Delta region: “As an Honorary Adviser and Chief negotiator to President Olusegun Obasanjo on Niger Delta Matters, Igali played several roles in dousing the volatility of the Niger Delta. It was at this time the Niger Delta experienced the upsurge in militancy with the formation of so many militant camps in Ondo, Edo, Delta, Bayelsa, Rivers, and Akwa Ibom States under an umbrella body known as the Movement for the Emancipation of Niger Delta (MEND). He was the first son of Ijaw and Niger Delta extraction to visit all the major camps in the different states including the most dreaded Camp Five operated by Tompolo, not minding the risk involved to negotiate with them and sell the idea of the Presidential Amnesty programme to the militants and the government of the day….”

Igali as permanent secretary in the Ministry of Water Resources in May 2010 reportedly embarked on water sector reform in the country including the introduction of Public Private Partnership (PPP) in water supply and played a major role in establishing the nexus between water, energy and agriculture through the construction of multi-purpose dams, including Gurara and Kashimbila that have been completed

According to reports, “he initiated several water and irrigation projects in the Niger Delta through the Ministry and Niger Delta River Basin Authority. He also commenced a massive water project in Bayelsa known as the Ogbia Central Water Project which was at 80% level of completion before his redeployment to Federal Ministry of Power in March, 2013. This project has since been completed and commissioned. He also initiated several other small scale water projects across different parts of Bayelsa State as his primary constituency.”

Igali’s contributions as permanent secretary in the Ministry of Power were equally outstanding. Indeed, his second missionary journey into party-sponsored elective office finds anchorage in the inexhaustible body of achievements in government that have recommended him for the governance of his people who he so much loves and who he very well remembered as a public officer. Will he get the appropriate recompense of support as his deserved quid pro quo? The next few weeks will tell.