OPINION: China’s RBI – Before We are Left Behind Again 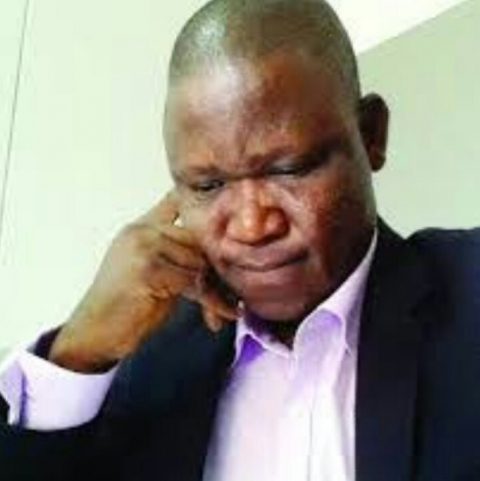 (AFRICAN EXAMINER) – The Chinese conceived  the grand Road and Belt Initiative(RBI) as a strategic agenda to change developmental politics of the world. Almost five years after, the BIR is yielding results that even worst of critics are now acknowledging.

RBI is truly disruptive of existing order; it was a daring subtle attacks on the Washington consensus which many experts agreed is not working. While RBI is not about Beijing Consensus, it fills a vacuum of what appears missing in the world developmental terrain-A win win cooperation where stakeholders are regarded as equals.It contrasts with the Western practices which prescribe harsh austerity measures which further pauperises the recipient and which eventually yielded little or no developmental returns.

RBI emerges at a time the world is yearning for fresh impetus to addressing world developmental inequality.Fact was the gap between rich and poor nations  were widening.Existing western institutions appear overwhelmed or stucked in dominance and exploitative mode of the past that they fail to see the frustration of Africa and the developing world.

The public private partnership that later emerges also fail to fully answer the question of development without immediate eye on profits. Projects executed with PPP end up passing huge cost onto consumers ,the already impoverished citizens. The investors is fixated on profits. The world was at a cross roads  with many leaders of developing world desperately searching for alternatives.

On the horizon then emerged a China that lifted close to 500 million of her citizens out of poverty.Beijing is openly unstopably  on the ascension as acknowledged even by top western experts and academics. The balance of economic power appears shifting and leaders of poor world find a new ally who few years ago was one of them.The switch to the East was dramatic. There was an electric realization that homegrown innovative  development is possible.

The immediate rush to accept Chinese credit and offers was motivated by several factors some of them already listed above.The key one however is that Beijing gives a vision of poor nations moving out of poverty, having a strong infrastructures that can drive the growing- out -of poverty efforts. Hence unthinkable roads,railways,ports and power projects were proposed and financed with such ease. Many landlocked countries got unbelievable infrastructure designs and plans which they privately thought is impossible dreams. And many are coming to pass.

Many have lamented likely second colonization of Africa.There is a campaign and advocacy against emerging debt diplomacy by Beijing.Excessive lending critics warned may plunge developing world into a new round of slavery. Certain practices of the Chinese have also been questioned. Many legitimate questions are been raised. Many western experts spend much time these days warning Africa to beware of China and her RBI.

What amuses me mostly on this campaign and advocacy was the hypocrisy behind it all.Before China helpline,developing world were wallowing in deep poverty and infrastructure run down without any hope of redemption. Developmental pains were tied to fiscal measures such as withdrawal of subsidies, austerity measures and wage squeeze, all inhuman conditions that have produced no positive results in the last three or so decades.Even when many things may be bad with the Chinese option, leaders of Third World are eager to taste something new as long as it produce a new results.

And new results are emerging.The Ethiopia-Djibouti high speed rail is marvelous.The East Africa ambitious standard guage railway powered by China is extraordinary.Several landmarks projects are ongoing across the continent. The projects are life changing, moving Africa out of stone era infrastructure to modernity.

Still on the hypocrisy of China bashing over RBI,It is not just developing world that are logging into the  web of RBI. It should amazes many in the developing world how even western governments are flocking to Beijing to partake in the RBI economy.In the last two months,top French, British and German ministers have visited China to strike deals and businesses related to the RBI.Europe as a whole is also inking projects related to the silk road and OBOR. Western companies are forming alliances and partnership with Beijing to partake in the multi billion dollar contracts and value chains.

But why all these stories.I am having the feeling we are been left behind.We are succumbing to the blackmail while other parts of the world are reaping hugely from RBI. Nigeria and West Africa should avoid being left out. There is an emerging new world order where destinies of nations  are been shaped.Nigeria appears to be sleeping and the rest of west Africa seems cowed by France from pushing for mutual benefits from RBI.

For one , the RBI incidentally covers parts of East Africa. Their regional leaders pushed and lobbied for it.West Africa is largely left out.Bugged down by western pressure,Francophone West Africa remains a drag on any ambitious opening up to China. For the Anglophone even Sierral Leone got a rebuke for romancing the Chinese . ECOWAS leaders are stucked in decades of paper works with no developmental manifestation.

Nigeria on her part is torn between her closeness to the Western world and the pulling need for Chinese credit.Instead of forging strategic partnership like the Pakistanis and The Ethiopians, Nigeria opts for occasional loans which carry no advantage of strategic friendship with Beijing. The Abuja light rail project epitomizes how unimaginative Nigeria has been in tapping into the Chinese lifeline.

But it is not late. If urgent steps are not taken,East and Southern Africa may leave West Africa behind in term of growth,poverty alleviation and infrastructural developments. Already, East Africa leaders are in competition as to roads, rail and ports projects.

Dwindling national earning  compels innovative sourcing of alternative funding for national development.Waiting on the West is foolhardy as western capitals are also romancing China.Depending on private capital is  unhelpful as profit motive is incompatible with developmental pressure facing our people. The Chinese offer with rigorous negotiation seems a way out many developing nations are rewardingly accessing. While our experts continues to pontificate on dangers  of purported second slavery,many parts of the world are logging unto an RBI that is encircling and positively transforming the world.

As we squandered the huge opportunities of the petro dollars,will posterity forgive us if we sleep off while the world joins a new developmental world order ?