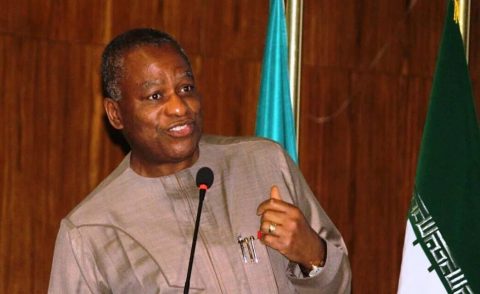 (AFRICAN EXAMINER) – As the COVID-19 pandemic spreads like wildfire around the world, leaders of several nations instituted emergency efforts to repatriate their citizens from foreign shores. For Nigerians in foreign lands, accustomed to the usual incompetence of their officials, there was a sliver of optimism that the Nigerian government would finally change its ways and respond to the pandemic in a professional manner.

For Nigerians in South Africa harbouring such hopes, it’s been a case of deja vu, they have not only been faced with a familiar feeling of disappointment but an evolving nightmare in a country where xenophobic tensions are still rife.  They have been thrown out of their hotels, had to seek refuge from strangers and are close to penury.

After South African Airways abruptly cancelled all return tickets for Nigerians and other nationals in South Africa under a government-mandated lockdown, there was no way out of the country except on repatriation flights. However, while other African countries, including Angola and even cash-strapped Zimbabwe have been evacuating their citizens from South Africa, the official response from Nigerian government officials in South Africa is that they are unable to assist Nigerian citizens and have no authorization from the Geoffrey Onyeama-led Ministry of Foreign Affairs.

Rather, the Ministry of Foreign Affairs’ sole focus seems to have been in poorly-handled repatriation flights from more visible countries such as the United States, the United Kingdom and the United Arab Emirates, in efforts that basically seem like window dressing.

In the same period while the Ministry of Foreign Affairs and the Nigerians in Diaspora Commission (NIDCOM), have remained unresponsive to their citizens stranded in South Africa, Geoffrey Onyeama has penned op-eds in the Nigerian news media while NIDCOM’s Chief Abike Dabiri, usually a tireless self-promoter, has maintained a deafening silence.

Nigeria is a country of two-hundred million, with a huge diaspora population that remits $23 billion to its economy, a sum that is half of $46 billion the entire continent receives in remittances, so one would expect that its government through the Ministry of Foreign Affairs would do a better job of assisting its citizens in a crisis situation.

However, since the COVID-19 pandemic started, Nigeria has organized very few repatriation flights while countries like South Africa have conducted over thirty flights to repatriate its nationals from places as far flung as Brazil, Vietnam, Argentina, Russia and Australia.

In despair some Nigerians have resorted to panhandling on social media even going as far as asking South African government officials to facilitate their return to their country. As if this isn’t bad enough, certain prejudiced South Africans have upped the ante by openly mocking Nigerians over their helplessness in this situation.

Some have even resorted to threatening a repeat of the xenophobic attacks that have roiled the relationship between both countries in recent years, with some demagogues threatening to attack Nigerians still in the country after June 16th.

While diplomatic representatives of other nations are regularly seen at Nigerian airports regularly arranging the repatriation of their nationals, the official message from the Nigerian government and its Ministry of Foreign Affairs seems to be that ordinary Nigerians are on their own.