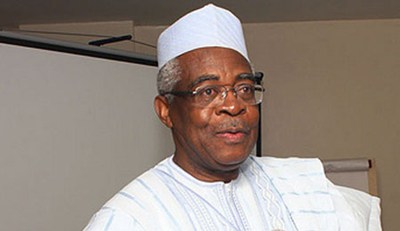 (AFRICAN EXAMINER) – I’m sure former defence minister, General TY Danjuma does not need much defence and when he does, has very qualified people to do so. But let me quickly stop some people in their tracks with context as they continue to hurtle hate and spiteful lines at the General for saying what he should have said many months ago. The general today in Jalingo slammed his main base – the military- accusing them for lacking neutrality in the ongoing herdsmen mayhems. He came close to saying the nation’s military has failed. It was a damning verdict by a man who should know if anyone knows at all. Trust some few Nigerians. They immediately started insulting the world acclaimed fearless general. But he has spoken unapologetically.

For clarity, the venerable General is first and foremost from Taraba state and from Takum local government to be precise. This global citizens has a village and all politics is local. It is Takum that shaped his world view and donated him to the rest of humanity. And anyone even listening to anything knows that Takum lately has become the epicentre of the Taraba’s bitter experience with killer herdsmen. Apart from the horrors of recently losing a member of the House of Assembly in this town, several attacks have made Takum the “wild wild west” of Taraba. And nothing could be more surprising other that Takum has a barrack – a military barrack the venerable general attracted to the area years back with the hope that it would address security challenges. But Takum has since become a scary place to live and work as I write this. Only the youths keep watch over defenceless people there.

Now Governor Darius Ishaku is also from Takum. He has been very vocal about the fact his place is not safe and has openly called for the removal of the CO of the said barracks. Actually, Darius has continuously maintained that he can’t guarantee anyone’s safety in the state since the security agents don’t take any orders from him. The other day he had to cry out that Taraba would be attacked in a matter of days. So the fears and cries of a security deficit has been on now by the governor. The General surely must have silently made his research into this apprehensions. When he eventually spoke today,  it was the sum total of the fears in the land. Why should anyone attack a man who is confronting an existential threat dangerously looming in the horizon not just for Taraba but the nation as whole? Should the general have just watched as the killings spread? When he asked people to defend themselves, he knew exactly what directives he was giving.

And trust the general. He chose the perfect place to drop the H-bomb. The venue was picture perfect- the hallowed space of a convocation ground. Targeting young people who have a future ahead of them, the war time General shouted from the ivory tower to be heard loud and clear around the world. It was a war cry no doubt from a practiced man of many battles. Courageous, dignified and unequivocal, he said the military was colluding with attackers to kill Nigerians. No verdict could be more damning . No words could be so incisive as he went straight for the jugular.

Now it is up to the military to either look into this profound accusation or not. The could push back by ignoring it. Already fans of the ruling party, APC, are up in arms to lamely defend the administration.  Name calling is the usual sanctuary of those who really have nothing more to say. But let’s not forget that a man who once went to war to keep Nigeria together is not afraid to go the miles to ensure lives are safe. That’s the measure and statuture of a man who truly loves his fatherland.